How Many Troops Does Southern Command Have? 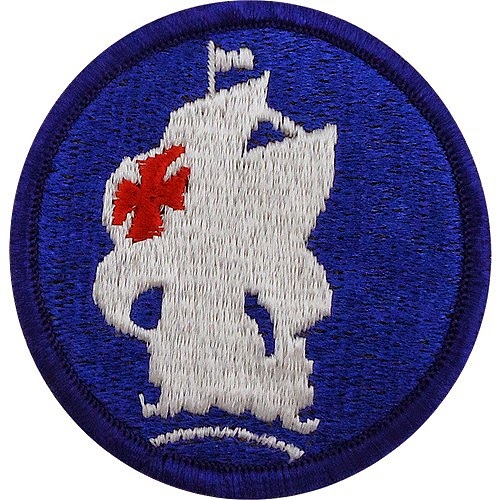 I guess Rick Perry wants to run for President:

Texas Gov. Rick Perry and others are lashing out at President Barack Obama's decision not to tour border facilities overwhelmed by a flood of undocumented children, saying the U.S. leader needs to see with his own eyes what both sides agree is a humanitarian crisis.

"The American people expect to see their President when there is a disaster," Perry told CNN's Kate Bolduan in an interview that aired Thursday, citing Obama's trip to the East Coast to tour damage caused by Superstorm Sandy in 2012. "He showed up at Sandy. Why not Texas?"

Both Republicans and the White House have described the crush of Central American children as a humanitarian crisis, but Obama said Wednesday that visiting facilities where the children are processed and detained would be little more than a photo opportunity.

No Republican from Texas is ever going to be reasonable about anything. Write that down. Mail it to your future self. The President should have gone on vacation instead of Texas. Nothing reasonable can come of allowing Rick Perry the chance to speak out on anything. The President may have been smart not to go to the border, but it was foolish to go to Texas and let the man with anchorman hair look like he has control over something. Simply by holding the title of Governor in Texas, he automatically has little if any power anyway.
The patch you see above is the one used by the U.S. Army's Southern Command, which now exists in name only and has a handful of missions and no real troops or power to influence what is happening. The humanitarian crisis on the border is the consequence of pursuing policies in Central America that were insane in the 1980s and are still resonating throughout the region.
When you kill off enough reasonable people, you're left with thugs and criminals running things. That's what it is like in Central America today--the reasonable people aren't in power. When the United States dismantled Jimmy Carter's insistence on human rights, and when power was handed to the people who decried his efforts to restore sovereignty to the various countries where America's imperial ambitions got out of hand, it sent a message to the region--you're not going to survive unless you kill your enemies. That led to corruption and failed states, and it allowed criminal gangs to thrive in the absence of any rule of law. We sent troops to ensure that the killing fields would stay hidden, and we traded missiles to terrorists so that death squads could run wild.
The last time anyone cared about Central America was Christmas of 1989. I went to work at a small radio station, and found the AP wire printer running haywire, covered in bulletins from America's invasion of Panama. Since then, we haven't cared or paid attention to the growth of narco-terrorism because we're the ones who fed that machine. We have refused to end our own ridiculous war on drugs. If billions stopped flowing to the criminals, their empires would come apart. The societies they have been busy murdering are all but dead already. We prop up illegitimate regimes and forget our history. We did this to them. Now, they're mailing us their kids. Talk about an accountability moment.
At some point, someone in a uniform is going to have to go kill off thousands of heavily-armed narco-terrorists and gang members in a faraway land. They're going to have to go south wearing that patch and they're going to have to erase the situation we created by sanctioning the murders of nuns and the killing of villagers and the selling of drugs all over America. I don't suppose we have a trillion a year and an endlessly manned Army to do this, but that's what it will take for people to stop sending their four year-olds into the desert in order to wander into America, sunburned and afraid.
It's one thing for some nervous stoners to open a pot dispensary in the Mountain West and overcharge people for ditchweed. It's quite another to decriminalize drugs, make it a public health issue, and empty America's prisons of young black men and then send troops to Central America in order to kill a generation we birthed by re-electing Ronald Reagan.
on July 10, 2014