Everything Just Went to Hell in Ukraine 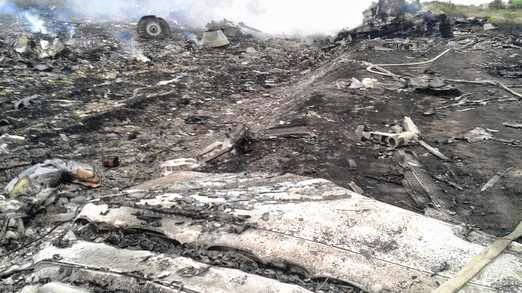 A passenger plane with 295 people on board has been shot down as it flew above eastern Ukraine, according to aviation sources.

The Malaysia Airlines plane, which was flying from Amsterdam to Kuala Lumpur, was travelling at an altitude of 10km (6.2 miles) when it was shot down, Russia's Interfax reported.

An adviser to the Ukrainian interior ministry said the Boeing 777 was brought down by a Buk ground-to-air missile.

All 280 passengers and 15 crew members who were on the plane are believed to have died, he added.

This is going to escalate tensions dramatically in the region and it is now going to put Ukraine back in the news. I can't imagine a scenario where the world doesn't lose its shit over this, I really can't. I'm probably wrong, but we are now going to see the world deal with this issue.
If not, those people were murdered and their loss is the fault of the world's indifference to the Ukrainian situation, plain and simple.
And, yes--this has NOT been a good year for Malaysian aviation.

UPDATE: The modified "Buk" anti-aircraft system is fairly sophisticated; I would almost immediately rule out an accidental shootdown since it is a defense system that uses IFF (Identify Friend or Foe) technology. If the Malaysian aircraft had no IFF working, then that would be one thing (it would have numerous other systems to identify it and track it, especially in the wake of MH370). But the balls on the person who ordered this are made of pure brass because this will escalate things dramatically. We are talking about a highly sophisticated weapons system, not a shoulder-fired Surface-to-Air-Missile. It would require comprehensive, multi-vehicle command and control and a fully operational SAM system to shoot a Buk missile at a commercial airliner. This was not the work of just one trigger-happy rebel. This was state-sponsored mass murder.
on July 17, 2014