ESPN Needs to Get Rid of Stephen A. Smith 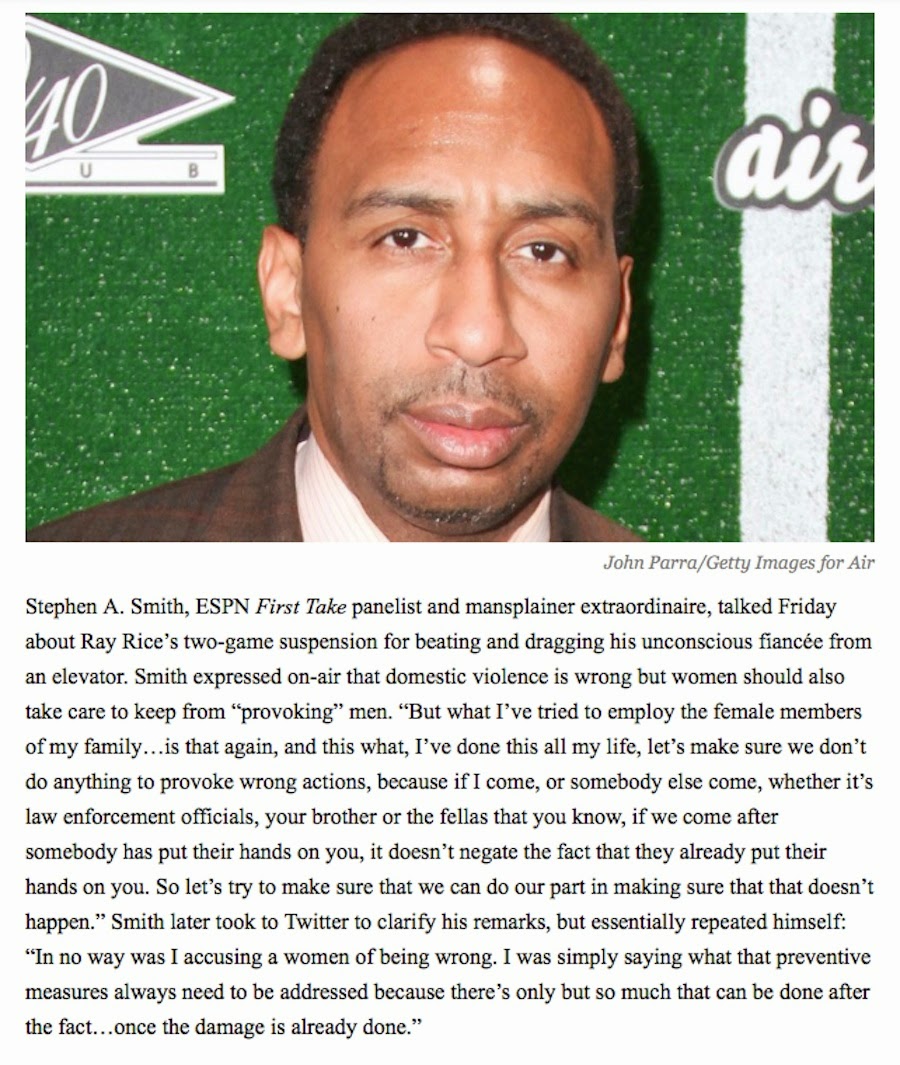 And that's the kind of word salad that makes it difficult to figure out what to do next, so I'll help ESPN in any way that I can.

You should let this fellow go work out his issues somewhere else. Clearly, when he had a chance to fix things, he went into a completely different mode and basically said, woman--take your beating and shut up.

Don't do anything to provoke wrong actions is another way of saying, take your beating and shut up.

Good God, where do these people come from and how do they end up in front of cameras?
on July 26, 2014