Arundel Mills is an Insane Place to Be 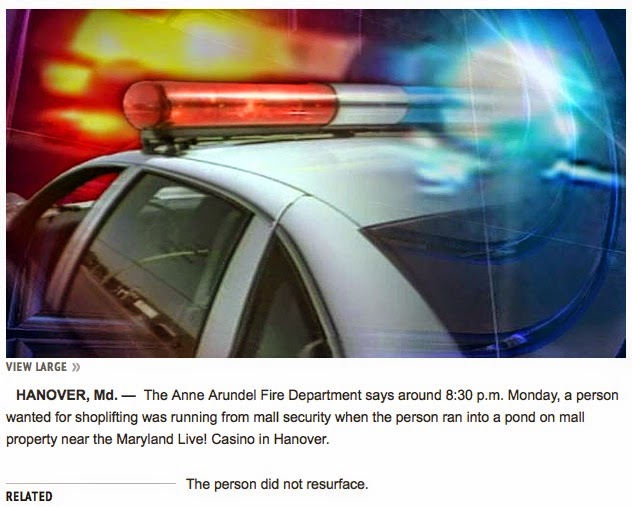 Years ago, you could visit the Arundel Mills shopping center and about all that would happen is that someone would beg $20 off of you. That happened to me. In the parking lot of what used to be Circuit City. I bought a lot of stuff that I don't have anymore there. I gave the guy $20. But that's all gone now.

Last time I wrote about Arundel Mills, some crazy woman in an SUV tried to run me over because I was walking in the parking lot of a restaurant. They fled the scene, I called the cops, and nothing happened because, well, it's just par for the course now at Arundel Mills.

Thanks to the addition of the Maryland Live Casino, which ruined the property and brought in a desperate criminal element found around casinos nationwide, you can't have lunch over there anymore. You can't go to Arundel Mills without putting your head on a swivel. Don't go there at night and relax and walk around like a real person. Don't do it.

This story is just another slice of crazy. Thanks again for putting in that casino. Granted, there was crime before the casino, and I can understand that. But this is just an example as to how insane it is over there now and it speaks to why I just can't justify going there anymore.
on July 07, 2014