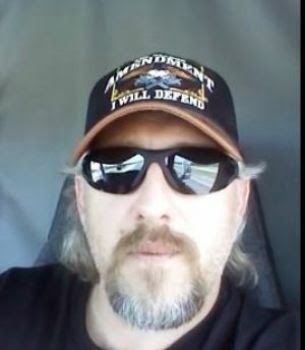 Meet Chris Davis, a disgraced former member of the United States Army trying to live his life because of a discharge in lieu of court martial:

Groups describing themselves as militias have set up a training area near San Antonio and say there already are four "operations on the ground" along the US-Mexico border in Texas.

The groups, which supported Cliven Bundy at a standoff at his Nevada ranch earlier this year, posted an update on a website used to organize the efforts Tuesday night that said there are currently three "troops on the ground" on the Arizona border, and "four credible operations on the ground" on the Texas border.

The Texas militia, known as "Operation Secure Our Border," is being led by Chris Davis, a 37-year-old truck driver who was discharged from the Army in 2001 "under other than honorable conditions in lieu of trial by court martial," according to a summary of Davis' military service obtained by the San Antonio Express-News.

So, this is how things are--they are against "illegal" immigration and "illegal" immigrants because there are laws against coming to this country illegally, but Cliven Bundy can get away with illegally withholding the million dollars he owes the United States (all of us) because he doesn't want to pay for grazing his cattle on Federal (all of us, again) land. Davis used to be known as private but now he's known as the Commander:

"The commander (Davis) has gone black because of security threats," said Barbie Rogers, founder of the Patriots Information Hotline, which offers 24-hour service and is helping the group organize.

By all means, allow these people to thrive and multiply. See where that ends up taking us as a nation.
What I don't get about these people is that they claim to be knowledgeable about the founding of the United States and yet they know nothing of the fear that precipitated the actual Constitution, the lawlessness of militia groups, and the need for a central authority (the Federal Government) to give everyone a chance to live their lives without fear of being shot down by lawless, drunken "patriots." Mob rule terrified the founders because they lived through decades of it, and mobs precipitated the armed revolt against George III. Everything we live under and have as the law today is a direct result of the fear of allowing mobs to run wild. Our 238 year pursuit of such a reality has had its ups and downs, but when we're talking about self-appointed militias with gun fetishes, we're definitely looking at a low, for sure.
The law only matters when you agree with it. That's how these people operate. Our founders would shudder at that notion. Yelling molon labe doesn't change the fact that these people are the modern day equivalent of the Know Nothings, about which we remember not nearly enough.
on July 11, 2014