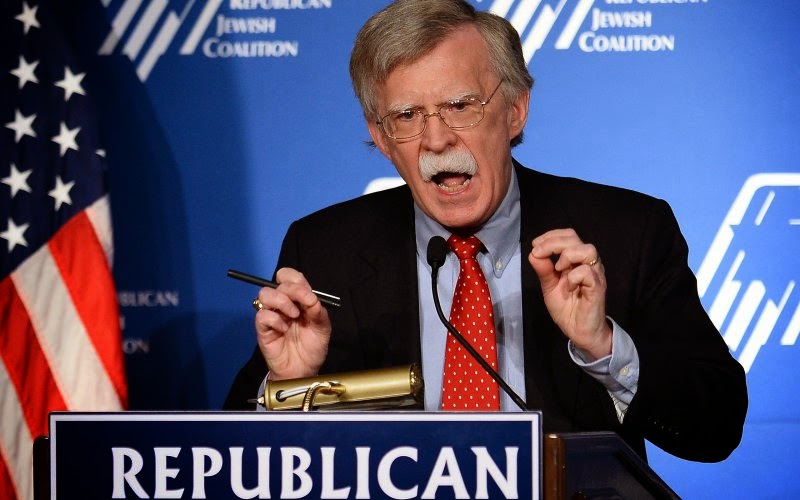 John Bolton is delusional enough to think of himself as Presidential material? Really?

John Bolton is making his first foray into the all-important presidential primary state of New Hampshire—and he is bringing Benghazi with him.

In a new online ad set to debut Thursday, Bolton’s super PAC knocks Ann McLane Kuster, a first term Democratic congresswoman, for flubbing a question at a town hall last year about the attack on the American diplomatic compound in Benghazi, Libya. In the ad, a halting Kuster says the issue is “a Senate [matter]…and I don’t think we have anything about that in the House,” though numerous congressional committees have addressed the attacks. She then tries to dismiss the question, telling the audience to catcalls, “We’re certainly not here to talk about it. We are here to talk about the Middle East.”

“This isn’t a geography lesson, but Ann Kuster should have known better,” Bolton intones after the ad’s footage of the town hall.

I guess he doesn't have anyone in his life to call him on his bullshit. Normally, a friend would sit him down at lunch and end this before any cash could be wasted hiring flunkies to start building a nascent organization . Bolton has no appeal in politics and the American people will reject his credentials outright because he's never had a prominent position that wasn't handed to him as payback for dirty favors (the only reason anyone knows who John Bolton is is because he was active on the ground in Florida during the 2000 recount debacle that elected his patron, George W. Bush).

He is a hack when it comes to foreign policy, having risen to a position well above his level of competency. He must need the money.
on July 17, 2014