A Strong and Merciless Countermeasure 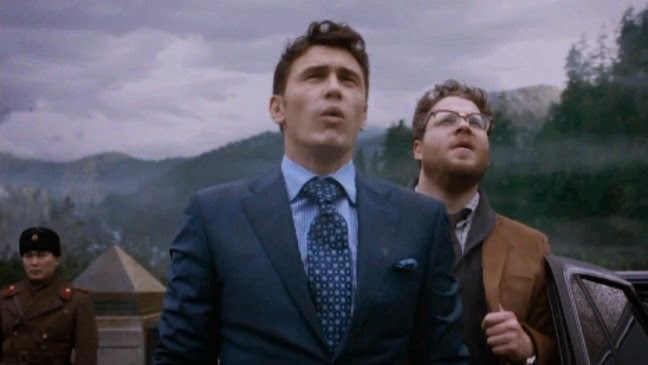 I don't know what the strong and merciless countermeasure will be, but I do suspect that the hype for this film far outweighs its comedic value:

In a letter to U.N. Secretary-General Ban Ki-moon, the reclusive country called the film, starring James Franco and Seth Rogen, "an act of war."

North Korea has filed a complaint with the United Nations over the upcoming Sony film starring James Franco and Seth Rogen, The Interview, which tells the story of a plot to assassinate the country's supreme leader, Kim Jong-un.

In a letter addressed to U.N. Secretary-General Ban Ki-moon dated June 27, North Korea's U.N. Ambassador Ja Song Nam accuses the United States of sponsoring terrorism and committing an act of war by allowing such a film to be made.

The North Korean government is savvier than this, surely? Free societies regularly enjoy uncensored films and music. Video games are the real threat to a world full of hermit kingdoms. And their usual insults follow the running dog lackey gangster format when properly applied to something they don't like. Someone will fly to a disinterested third party nation, buy up copies of this film, and deliver them to the ruling class. They enjoy a standard of living that would shock a plutocrat. They don't care if you're making fun of them. Just don't do it in a way that makes Kim Jong Un bother them with busywork. I imagine him with a bandage on his hand after slapping the table so many times, complaining about not getting a chance to be in the film with Dennis Rodman.
In any event, that's a hell of a propaganda marketing scheme at work...
on July 11, 2014