A Steady Diet of Nothing 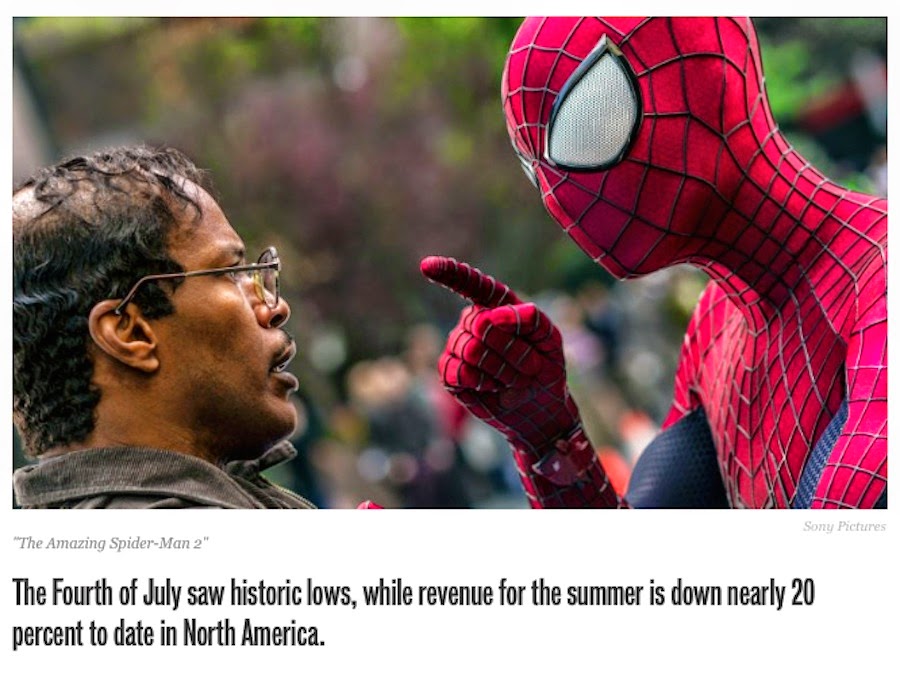 When you feed people remakes and comic book movies, and when you do it year after year after year, don't be shocked when they stop going to see your tired old retreads.

The thing that surprises me is that Peter Jackson's Hobbit movies aren't doing as well as the Lord of the Rings, critically at least, and that there seems to be no desire on the part of people to actually make good films anymore.

Why would I go see another Spiderman movie? Why would I see another X-Men movie? There are so many of them on the shelf already. Today's studios have to feed an overseas market that just wants explosions and little dialogue, so they have no qualms about going to four or five sequels that rip off the same tired old remade idea.

I lasted about 40 minutes into Transformers 4. We walked out and didn't miss a thing. The humanities are all but dead in this country. Who's doing anything interesting? Someone has to, and they're probably broke and wishing someone would buy a few more copies.
on July 08, 2014