A Sad and Pathetic Franchise 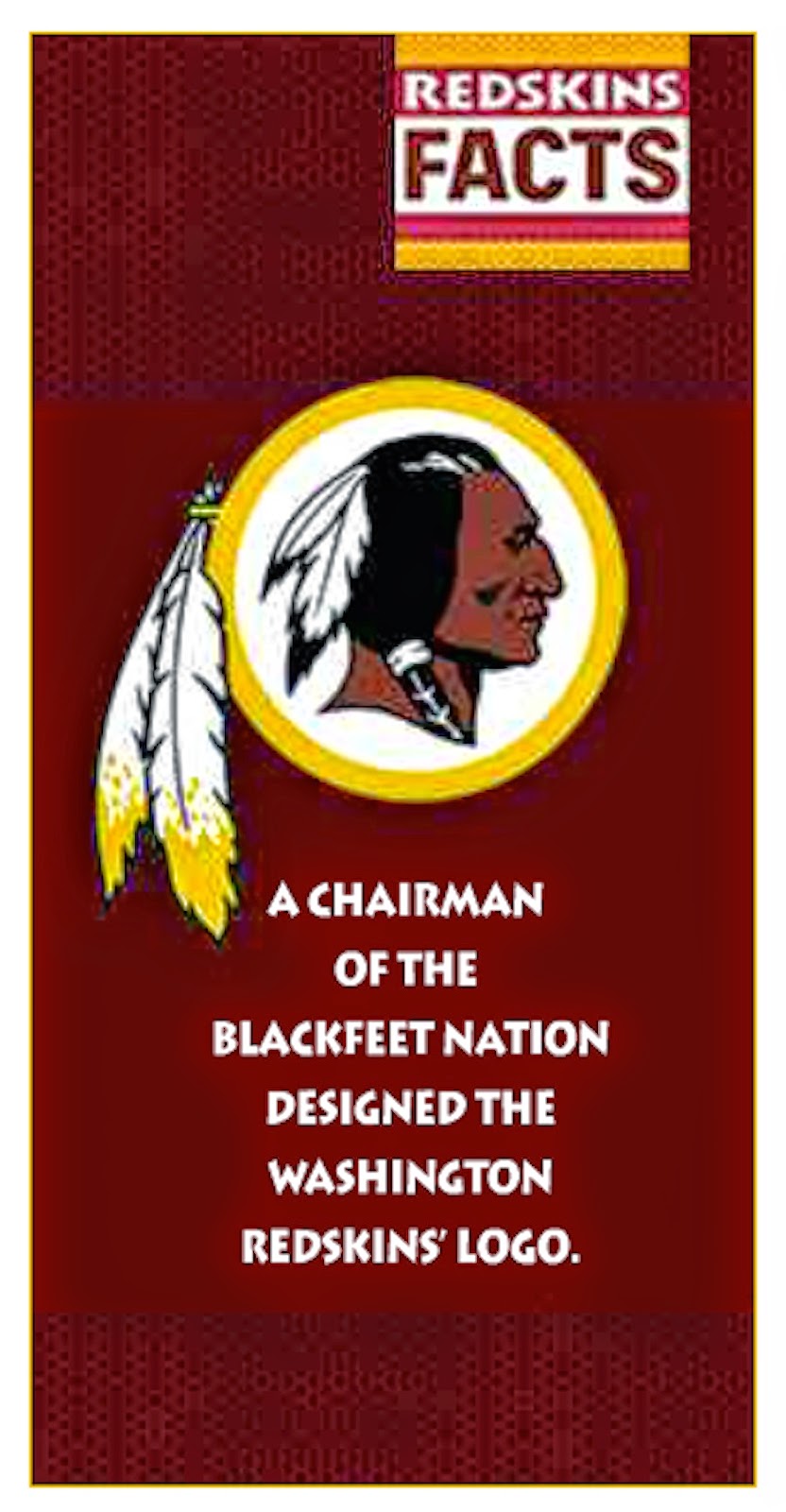 This is an advertisement that popped up on my computer when I was visiting a news site; it's for the professional football team that plays in Washington D.C.

They have a racist name.

The real problem here is that not enough people like myself realized this nickname, this "mascot" for the team, was racist and we denied the legitimate efforts of a number of people who wanted to have Native American mascots retired where they were inappropriate and celebrated where appropriate.

Native Americans are, by and large, excellent judges of what is offensive to their culture. No matter how many of them are bought and paid for by the likes of Dan Snyder, it's still racist to use the term you see at left. No matter what the "logic" used says, it's offensive to a group of people in this country. No amount of money can turn a no into a yes for everyone because this is not about taking care of a billionaire's dream of owning something that only increases in value.

Yes, it's about money. Yes, it's tied to the mistaken idea that the only thing that matters anymore is money. And, yes, it's still racist.

So, no matter how much money Dan Snyder thinks he's going to make by defying the call to change the name, it's still a doomed experiment in defying the decency of the culture to hang onto a relic of the past. His business acumen is horrible--witness how many of his customers are gouged every year and pay close attention to how this is reflected in the fact that a smarter businessman would be cashing in on a new name, new logo, new jerseys, new licensing deals and new everything instead of clinging to something that people are beginning to reject.

Sometimes, you gotta let it go.

Because the damned name is racist. Was that so hard?
on July 30, 2014
Email ThisBlogThis!Share to TwitterShare to FacebookShare to Pinterest
Labels: Accountability, America, Business, Culture, Editorial, Football, History, Money, NFL, Race, Racism, Sports