You Go to War With the E-mail System You Have, Not the One You Want 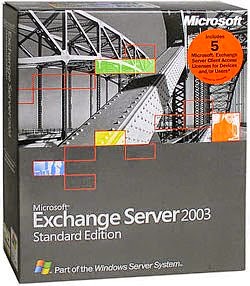 You mean to tell me that the E-mail system that you were using turned out to be less than perfect about keeping everything that your sworn enemies wanted to use to embarrass you and throw you in jail? And that's a new thing and that it's the kind of thing you'd expect from President Obama?

A sloppy mistake, the government calls it, but you couldn't blame a person for suspecting a cover-up -- the loss of an untold number of emails to and from the central figure in the IRS tea party controversy. And, because the public's trust is a fragile gift that the White House has frittered away in a series of second-term missteps, President Obama needs to act.

If the IRS can't find the emails, maybe a special prosecutor can.

The announcement came late Friday, a too-cute-by-half cliche of a PR strategy to mitigate backlash. "The IRS told Congress it cannot locate many of Lois Lerner's emails prior to 2011 because her computer crashed during the summer of that year," The Associated Press reported.

Of course, Ron Fournier can't recall anything like this ever happening again so everyone has to go to jail this time:

Late Tuesday, the Bush Administration admitted that in reviewing documents requested by Democrats for their investigations, it discovered that as many as 50 of its staffers may have violated the Presidential Records Act. The staffers, the White House said, were using e-mail accounts, laptops and BlackBerries provided by the Republican National Committee for official executive branch communications rather than the exclusively political work for which they were intended. Because the RNC had a policy until 2004 of erasing all e-mails on its servers after 30 days, including those by White House staffers, and because some of those staffers may have deleted e-mails on their own, the White House said it could not assure Congress that they have not violated the PRA, which requires the retention of official White House documents. The White House officials who may have broken the law include senior adviser Karl Rove, his deputies and much of their staffs.

Both sides do it, right? Isn't that what we hear over and over and over again? In the case of the IRS, someone will figure out what happened and there will be accountability for it. In the case of what happened with the Bush Administration, oh well. Stuff happens. You can't expect anyone to be held accountable for anything ever because that would embolden the terrorists.
See, what's missing this time around is, we aren't hearing a presidential administration defend everything it does because of a need to fight terrorism. This president kills terrorists, trades with them, and figures out how to keep them at bay. The previous president let his minions run wild without any accountability but at least he wasn't that Negro in the White House so it's all good.
What a world.
on June 14, 2014