The NBA Has a Crazy Old Man Problem 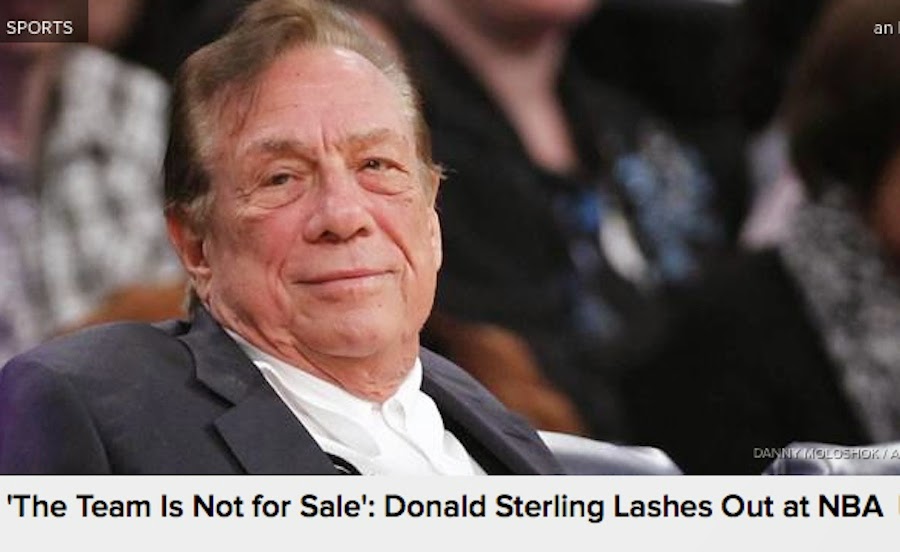 It's beginning to look a lot like a Monday night, which is when Donald Sterling traditionally releases an unfocused tirade on the NBA and makes his regularly scheduled "I'm not selling" statement:

The embattled owner of the Los Angeles Clippers said Monday he intends to “fight to keep” the basketball team, despite his lawyers' announcement that he had agreed to sell the Clippers to former Microsoft CEO Steve Ballmer.

“From the onset, I did not want to sell the Los Angeles Clippers. I have worked for 33 years to build the Team,” Sterling said in a statement released to NBC News titled “The Team is not for Sale.”

I'm guessing that the strangely capitalized statement came directly from whatever iPad or Tandy computer the Sterling family failed to keep out of Donald's hands when he was off on his own having some me-time and that someone who is charged with providing him adult supervision was fired this evening by the family. In any event, the man is nuts. There's no good reason to avoid telling it like it is--dementia has claimed his mind and the media is irresponsible for publishing whatever statement emanates from his corner of sanity. It's sad, no matter what. It's sad for anyone to get to the point where their worst moments in life are broadcast to the world through every sneering outlet.

It looks more and more to me like this has been a game of thrones all along--months ago, the NBA realized that they were going to have to get rid of Sterling and the only way to do that was to expose his mental incompetence, give his wife her half of the sale, and let him humiliate himself in public. He probably has access to money and lawyers, and he probably has allies left among some of the owners, but he's pretty much done because the league wants Steve Ballmer to run the Clippers like a real franchise from now on and compete at a high level.