Ruin Never Looked Better Than This 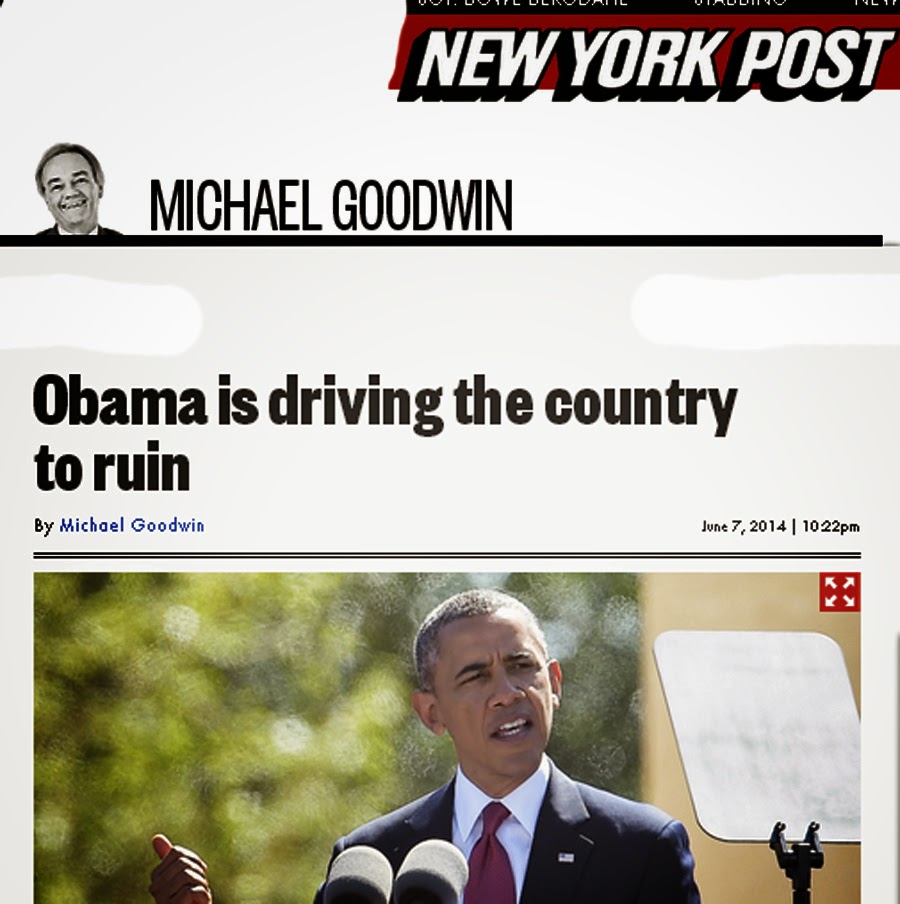 Michael Goodwin's clown act is something like this:
Fear! Calamity! Ruin! Oh, the humanity of it all! President Obama acted like a President and got an American returned alive from the Taliban! It's the end of Western Civilization as we know it forever and ever:

It is no coincidence that the deal with the Taliban to release five terrorist leaders from Guantanamo brought the first threat of presidential impeachment from a respected member of Congress. GOP Sen. Lindsey Graham of South Carolina said that if Obama tried to release others without lawmakers’ approval, it would lead to “people on our side calling for his impeachment.”

That is the nuclear option, and there is good reason why it has been so rarely invoked throughout history. And yet the intense fever gripping Washington, largely created by Obama’s go-it-alone approach, needs to be broken. The country simply cannot continue to remain the beacon of the free world if we are consumed by our own dysfunction and distrust.

Impeachment is one way to try to resolve a political crisis, but as former federal prosecutor Andrew McCarthy argues in his new book, public opinion is a vital ingredient, and it is missing. Titled “Faithless Execution,” his book’s subtitle, “Building the Political Case for Obama’s Impeachment,” is based on McCarthy’s claim that the legal case is solid that Obama has violated his oath to execute the laws faithfully.

Senator Lindsey Graham is a "respected" member of Congress? Really? Then why has he been ridiculed and mocked for inserting the word Benghazi into every issue every time he opens his mouth? Whenever Graham speaks, it's this, that and Benghazi, all day, every day.
The intense fear gripping Washington centers around the failure of the rhetoric, not on what has actually happened. Obamacare was supposed to be the socialist nightmare that would destroy America. Guess what? No one talks about it anymore because it's working. The only thing left to do is convince the lazy, incompetent media that there's a failure on the part of the President to execute the laws faithfully. But, let's not be rude and bring up all of those signing statements issued by President Bush, shall we?
You can see the delusion from here. Never has a ruined America looked better. Now if we could just get some Republicans to allow the government to spend some money on infrastructure...
on June 09, 2014