Ol' Roy is Going to Have His NCAA Championships Taken Away 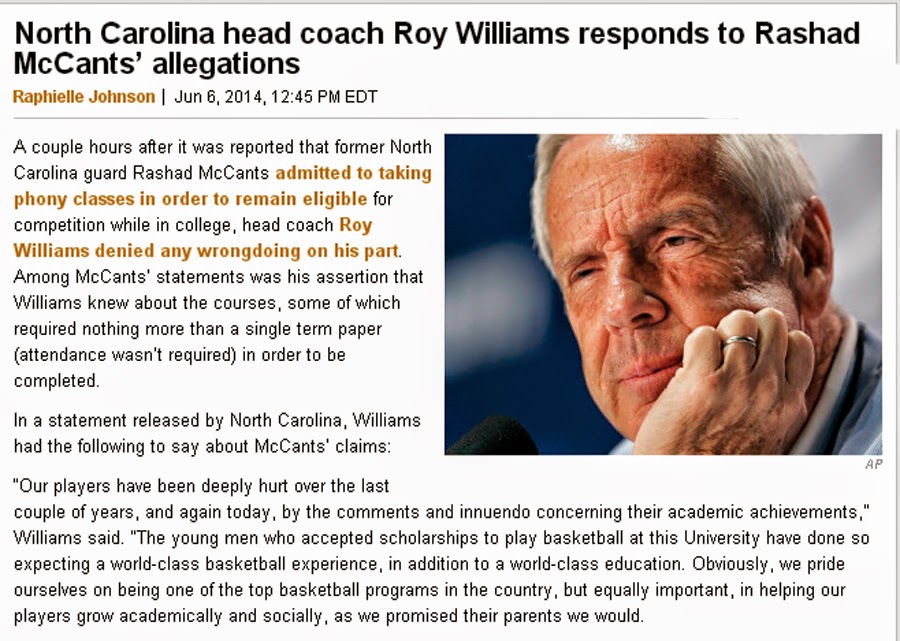 Roy Williams is staring at destiny in that picture. He's trying to imagine what it will look like when the NCAA takes away the only thing that has ever mattered to him as a coach--one or both of his NCAA championship titles is being threatened by the revelations of a player named Rashad McCants.

In the old days, what McCants has said would be enough to vacate wins and an entire season. Widespread academic fraud, cheating, and players getting paid are just part of what can cost you victories and titles. But, then again, we live in an age when a crook like John Calipari can publish vanity books about how great the players are and sign huge deals and thrive. Williams must be wondering where his accolades and where all that cash is located now that he's become another cheating coach.
on June 06, 2014
Email ThisBlogThis!Share to TwitterShare to FacebookShare to Pinterest
Labels: Basketball, Commentary, Education, Ethics, NCAA, News, Opinion, Sports