Nielsen and the Portable People Meter 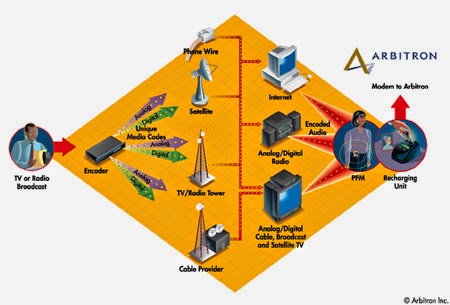 Oh no! You mean someone figured out how to trick the Portable People Meter and manipulate radio ratings? How did that happen?

[...] on Monday, Univision — the nation's largest Spanish-language media company — acknowledged that it has terminated the programming executive who worked at its popular radio station KSCA-FM (101.9).

The company declined to name the executive.

Subsequent to last week's announcement about the delay in Los Angeles PPM Radio data, Nielsen has learned that a media affiliated household participated in the Los Angeles sample.- Nielsen

"Nielsen recently reached out to inform us that a media-affiliated household had been identified in Los Angeles, and that it was connected to a Univision Radio employee from the KSCA station," Jose Valle, president of Univision Radio, said in a statement.

"We commenced an investigation and took immediate action by terminating the employee based on our findings," Valle said. "We are cooperating fully with Nielsen. A radio station employee being related to a Nielsen participant seriously undermines the industry and is unacceptable."

The problem here is one of scale--how big was the Los Angeles panel and how many PPM devices did Univision have access to? Note that the story says "several" and that it won't name the executive. This is critical because the advertisers in Los Angeles could band together and sue the hell out of Nielsen because they provide the data that was responsible for overcharging them for ads based on compromised ratings data. The industry is simply not amused by this kind of thing.

People get fired for the kind of thing. People could very well have lost their jobs because of  what happened when Univision rocketed to the top of the ratings. How would you like to be the guy who was canned because Univision couldn't resist gaming the system?
The PPM device is a passive data logger. You keep it on your person and it records the embedded tones that it hears. It tracks radio stations--choosing to record the loudest audio signal in its vicinity for ratings purposes--and it tracks the inaudible tones that are embedded in the Muzak you hear in stores. I believe it also picks up a signal whenever it is in the vicinity of a billboard. When it was launched, full disclosure, I worked for Arbitron (now Nielsen Radio).
Nielsen now has to reissue those ratings and re-evaluate all of the data if they want to remain credible and stay certified by the industry. If they can identify the compromised devices, they should be able to remove their data from the combined panel data and issue corrected ratings information. If they can't determine which devices were manipulated (for Los Angeles, there could be a thousand or more devices--I have no idea exactly how many), then the ratings data for Los Angeles will have to be thrown out and a new panel established, and that could delay the release of updated ratings data for months.
Their business standards may alter what they have to do. Under Arbitron, any compromised data caused a massive chain reaction within the company, one that was designed to ensure integrity and compliance with the Media Rating Council.
Meanwhile, you have regional and national advertisers who are now going to question everything they see because there's tons of money at stake. This is the sort of thing that could absolutely kill Nielsen's stranglehold on radio ratings.
And, of particular note, the whole reason why the PPM device became controversial was because it absolutely killed the minority radio station business, prompting Congress to get involved. I was with Arbitron when its own CEO was accused of lying to Congress over this issue. I find it hilarious that Michael Skarzynski has been allowed to serve as the CEO of another company and that Arbitron no longer appears on his LinkedIn profile. Congress let him slide, but still.
The fact that Univision was the conglomerate that tried to undo the damages done to this part of the radio business should surprise no one. If Skarzynski could get away with it, why couldn't they get away with it, too?
on June 16, 2014