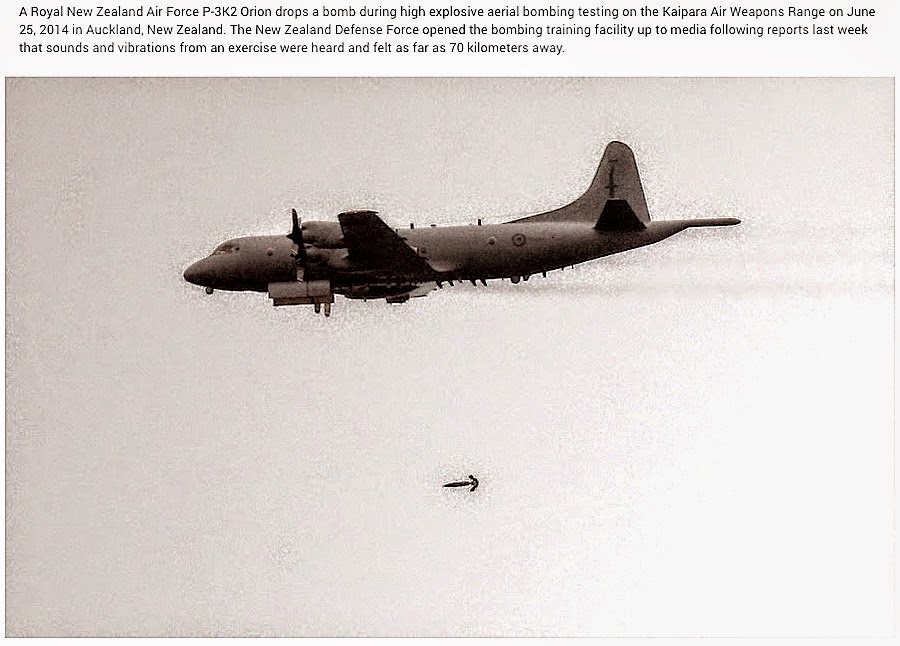 One of the things you learn about blogging is that the best stories are the ones that aren't even stories and that you can write about anything you want.

So, when I saw the photo above, and glanced at the caption, it made me think. As in, New Zealand practices bombing things? With actual bombers that look like the old B-29s and have propellers? How weird is that?

New Zealand, of course, has a functioning military and defense needs. It is an island nation, it's part of the British Commonwealth, and has defense pacts with Canada, Australia, the U.S., and Great Britain. Their military is small but professionalized and is more like the civil service than it is like our own military. Canadians are like that as well--their military people are highly skilled and professional, by and large.

But, the idea that they are having to deal with protests over a bombing range is something I had not considered. Are there folks in New Zealand who wonder why they're even practicing such things? Is this money well spent? Is there a debate about reducing their military down to almost nothing save a coast guard and an internal security force for dealing with natural disasters?

That's the plane New Zealand is going to defend itself with against invaders? From where?

I don't know. I'm probably wrong and ridiculous at the same time, but this strikes me as being a story that really lends itself to blogging. No one is going to read this far anyway, so, you know, whatever.
on June 29, 2014