John McCain is Flip Flopping and as Senile as Ever 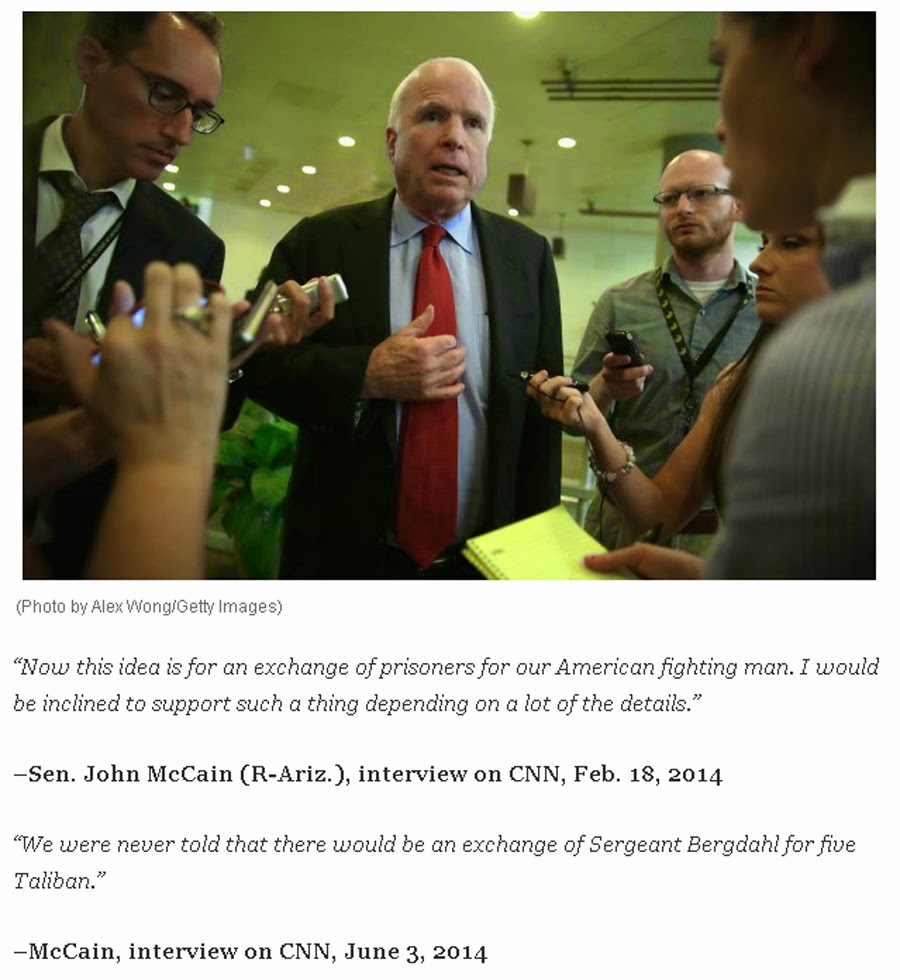 Honestly, how do they allow this man access to microphones and public places? Who on this man's staff allows him the opportunity to embarrass himself by constantly going on television?

At this point in John McCain's career, you would think avoiding television would be the smart move. He's a fool if he runs again and he's finished in American public life. The media now uses him as the de facto voice of the opposition, letting him bluster and give belligerent answers. It's great TV. It's a farce when you think about the importance of governance.
on June 06, 2014