Is Lara Logan Even a Journalist Anymore? 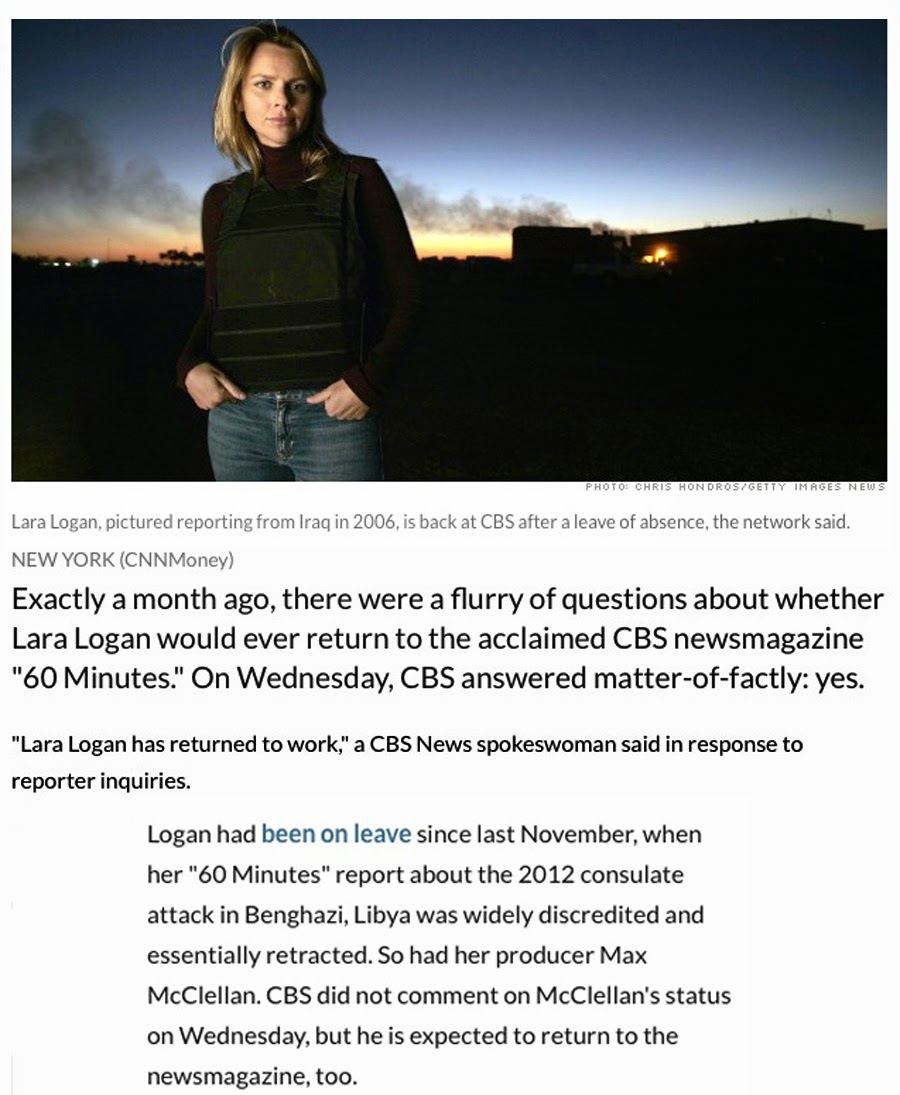 If you're wondering how someone can get caught fabricating the news and lying about it and generally show up regularly as a cheerleader for the military's version of what happened in several disastrous wars, look no further than Lara Logan. She is to journalism what Rob Ford is to responsible civic stewardship.

CBS News can hire whoever it wants. But this was not a decision based on serving the public, reporting what's left of the news in what's left of the news business, or even trying to do the right thing. This was a money decision based on not wanting to pass up the chance to continue to use Logan to appeal to people who think she does a good job. This was about money, not ethics or being in the news business.

She should have been fired, outright, for what happened with the Benghazi story, primarily because it helped fuel so many basic misunderstandings and misconceptions of what the attack meant and how it might affect the 2012 Presidential Election (which it did not, of course).

Logan lied and an entire political party has been screaming Benghazi with her assistance, and with the assistance of other liars, ever since. This has not enlightened or informed anyone, but it did get CBS News a lot of clicks and views.
on June 05, 2014