Armed and Armed Some More 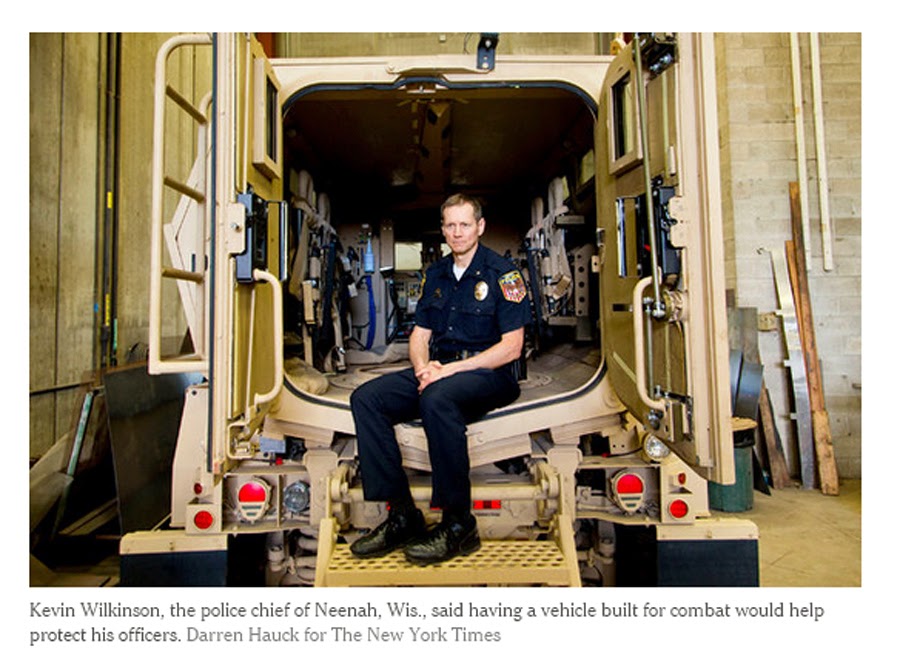 The militarization of the police continues unabated:

During the Obama administration, according to Pentagon data, police departments have received tens of thousands of machine guns; nearly 200,000 ammunition magazines; thousands of pieces of camouflage and night-vision equipment; and hundreds of silencers, armored cars and aircraft.

The equipment has been added to the armories of police departments that already look and act like military units. Police SWAT teams are now deployed tens of thousands of times each year, increasingly for routine jobs.Masked, heavily armed police officers in Louisiana raided a nightclub in 2006 as part of a liquor inspection. In Florida in 2010, officers in SWAT gear and with guns drawn carried out raids on barbershops that mostly led only to charges of “barbering without a license.”

What was high satire thirty years ago with Lt. Hunter getting a tank to use against criminals on Hill Street Blues has become commonplace reality for podunk police departments all across the land. At some point, the police will be as well armed as any military unit. At some point, we will not see police but a de facto military presence everywhere and we're seeing it more and more. There's no rolling back on this--once you give the police military equipment, you have to keep giving it to them because that's what they will train with and that's what they will respond with.
Guns drawn while carrying out raids on establishments that are barbering without a license? What the hell is that but a complete and utter militarization of the police gone horribly wrong. Policing is about a measured response to crime that serves the needs of the community. Body armor is something I completely understand but tanks and drones and SWAT teams converging on permit violators? Come on.
Camouflage, by the way? Really? I thought you had to announce the presence of law enforcement. I thought that a police officer had to identify themselves. Apparently not if they're wearing military grade camouflage.
on June 09, 2014