A Train Wreck in South Dakota 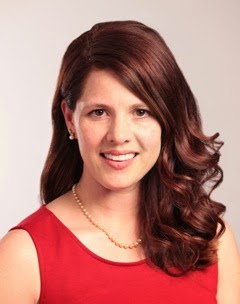 A candidate who finished fourth in the Republican primary for a U.S. Senate seat in South Dakota was charged on Wednesday with violating campaign election laws, prosecutors said.

Annette Bosworth, 42, a doctor from Sioux Falls, was charged with six counts each of perjury and filing false documents and accused of falsely claiming she was gathering nominating petition signatures in South Dakota when she was really in the Philippines, the South Dakota Attorney General's Office said.

This is the candidate who found out she lost when Megyn Kelly blurted it out to her on live television. Nothing stings like that, nothing. Here we find out that Bosworth was as incompetent at disclosing where she was on legal documents as she was at keeping her business afloat. Funny thing about the Senate--they're only occasionally taking failures.
That deer in the headlights stare didn't help, apparently. Bosworth needs to find a new line of work, and fast. I'm sure that the Koch brothers or the Heritage Foundation would love to hire her as a medical expert.
Politics is the new racket, my friends.That's where the cash is.
on June 06, 2014