Too Incompetent For Words 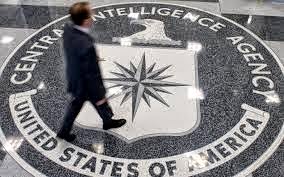 The White House accidentally revealed the name of the CIA's top intelligence official in Afghanistan to some 6,000 journalists.

The person was included on a list of people attending a military briefing for President Barack Obama during his surprise visit to Bagram Airfield in Afghanistan on Sunday.

It's common for such lists to be given to the media, but names of intelligence officials are rarely provided. In this case, the individual's name was listed next to the title, "Chief of Station."

Simply firing the person responsible would not solve the problem. This would indicate, at least to me, a fundamental inability to separate classified from unclassified material. Whoever transferred the information from one place to the other did so without understanding the need to segregate or separate the information needed to do their job. They took a shortcut of some kind, copying a list and then pasting it somewhere and then, without thinking about the implications. Someone within the Obama Administration has no idea what they're doing, in other words, and their work habits are sloppy.
All the spies know everyone else anyway, so this is not the end of the world. It's just sheer incompetence.
on May 27, 2014