The Shocking Truth About James O'Keefe 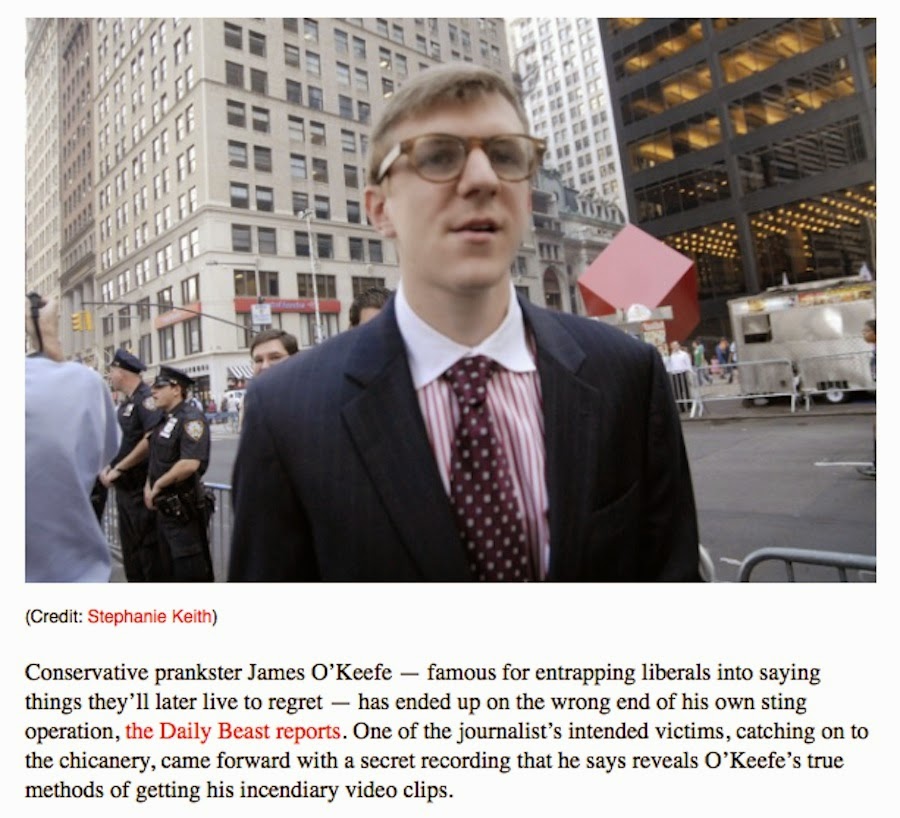 James O'Keefe has, once again, failed to accomplish anything other than annoying some people who actually work for a living.

Tell me again how this smarmy, useless excuse for a human being still gets scads of press and attention while failing every single time he tries to carry out a cheap and incompetent selective editing assignment?

No fraud in the history of this country has ever had more attention than this clown. Conservative media, you own O'Keefe, and what's shocking is that he is still ringing the bell and they're still lapping up everything he does. It's as if him playing around with a rape kit and sex toys was just a mild, juvenile prank to these people.
on May 23, 2014
Email ThisBlogThis!Share to TwitterShare to FacebookShare to Pinterest
Labels: Energy, Environment, Ethics, Fraud, Incompetence, Law, Media, News, Scam, Scandal