The Next Generation of Revolutionaries in Iran 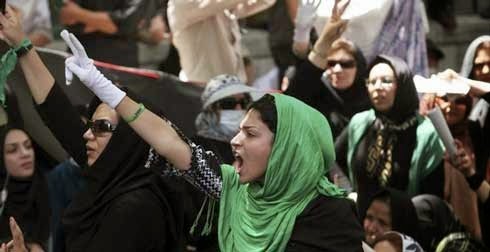 You can't be young and Iranian and not engage the popular culture:

Apparently, dancing to a song about happiness in Iran can get you arrested.

Six Iranians are behind bars after they appeared in a fan video set to Pharrell Williams' "Happy," the American hit song that has sold millions of downloads worldwide.

Tehran Police Chief Hossein Sajedinia ordered the arrests of the three men and three women because they helped make an "obscene video clip that offended the public morals and was released in cyberspace," the Iranian Student News Agency reported Wednesday.

The biggest American mistakes in Iran center around ignoring the importance of culture and tradition and then not understanding that the young people in Iran hate their own regime. But, a funny thing happens when the older generation dies off--there is a slow burn for revolution.

In the United States, the power of old white men is eroding steadily and they can't figure out how to have a reverse revolution and stop their decline. In Iran, the clerics are dying off and the revolutionaries of 1979 are getting on in age. Everything that we are doing to Iran should center around the isolation of the regime and the connection that their young people have to the popular culture (see Vaclav Havel).

The iPod and iPad should be freely distributed in Iran. Smuggle them in. Do whatever it takes to connect to this generation.
on May 21, 2014
Email ThisBlogThis!Share to TwitterShare to FacebookShare to Pinterest
Labels: Accountability, Commentary, News, Policy, Politics, Power, Technology, World