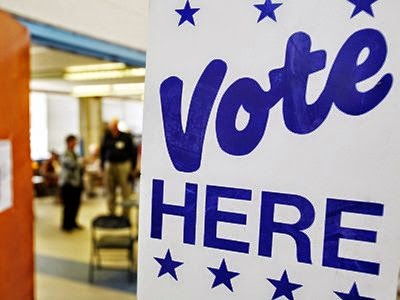 There is no such thing as voter fraud:

Iowa Secretary of State Matt Schultz (R), one of the nation’s most enthusiastic voter suppressors, released a report on Thursday outlining the results a two-year investigation into possible voter fraud, conducted by the Iowa Department of Public Safety’s Division of Criminal Investigation (DCI) at his request. But while Schultz has frequently scared Iowa voters with allegations of thousands of possible non-citizens voting in the state and living people showing up at the polls to cast ballots in the name of dead voters, the investigation revealed found an infinitesimal number of illegal votes cast and zero cases of impersonation at the polls.

Since his election in 2010, Schultz has been a staunch advocate for a strict voter ID law in Iowa, though his efforts to require one have stalled in the Democratic-controlled Iowa Senate. Last year he told supporters that in order to get conservative policies on “abortion, gay marriage, a whole lot of social issues that we care deeply about,” they must “start caring about voter ID and election integrity as well.” Without voter ID, he told them, “you’ll never be able to make a difference in any other issue you care about. Never. Because they will cheat! They’ll cheat.”

It is the obligation of the media to explain why the Republican Party is obsessed with voter fraud. As a primer, let me explain why they don't want people to vote:
When a lot of people vote, they don't vote for Republicans.
This is especially true for anyone who is not old and white and watches Fox News, although, as we have seen, if they are a veteran or if they have a foreign-looking name, there's a good chance someone is going to make an ass of themselves challenging their right to vote.
Is the pursuit of voter fraud simple vote suppression? Absolutely. And it is as racist as hell. You'd think that the media would have a way to tell that story or a moral obligation to try. I'll bet if you tied up voter suppression and put it on a plane that disappeared one day, there'd be more attention paid to it. If it was a blonde, white female that had gone missing, you'd know more about it. Maybe--just maybe--voter suppression needs to have its ass kicked by its own sister-in-law. Then, and only then, will we see some exposure for this issue.
on May 14, 2014
Email ThisBlogThis!Share to TwitterShare to FacebookShare to Pinterest
Labels: Accountability, Credibility, Elections, Fraud, Law, News, Opinion, Policy, Politics, Race, Racism, Voting