Paul Ryan Was Against Community Organizers Before He Was For Them 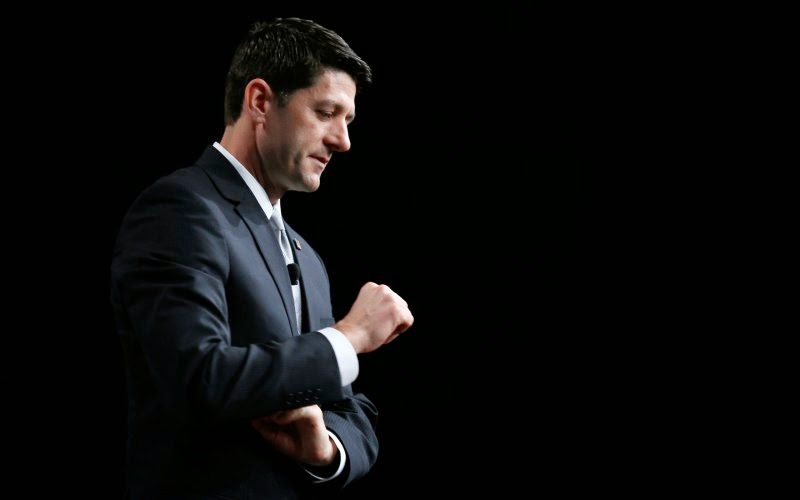 In case anyone is wondering, Paul Ryan still wants to run for President:

On Tuesday, he waded into the conversation with veteran civil rights leader Robert Woodson Sr. by his side and explained that he “wanted to get out of the ivory tower, out of committee hearing rooms, and go out around the country and learn. Not talk, not lecture, but to learn.” The goal was not to make him a better politician but a better policy-maker. He wants to attack the root causes of poverty rather than simply ameliorate root symptoms.

Ron Christie is one of the most dishonest shills in America. His identification of Robert Woodson leaves out the fact that he is also a community organizer.

Barely one year ago, he hated them with a passion:

U.S. Rep. Paul Ryan said Tuesday that a "data hub" being compiled for Obamacare presents a danger to Americans.

"This thing gives me a tingle down my spine. It's just chilling," the Janesville Republican told conservative Milwaukee talk show host Charlie Sykes on WTMJ-AM (620).

"It's the biggest database ever collected on us, meaning people, the citizens of this country," Ryan claimed.Ryan said the data hub will merge databases from the Internal Revenue Service, Social Security, the Department of Homeland Security and other federal and state agencies.

The hub will be used to determine eligibility for Obamacare subsidies, he said.

In a National Review column posted Monday, Ryan is quoted as saying "community organizers" working to implement Obamacare will have access to the data hub.

“Giving community organizers access to the Federal Data Hub is bad policy and potentially a danger to civil liberties,” he said. “But it’s one of the most underreported stories I’ve seen. If people only knew about this Data Hub program, it would touch off a huge public outcry.”

Now that's a flip flop. And it's funny how a history of being one kind of jackass and then pretending he never held an opinion in his life can come back to haunt him.
on May 21, 2014
Email ThisBlogThis!Share to TwitterShare to FacebookShare to Pinterest
Labels: Accountability, Editorial, Government, Hypocrisy, Leadership, News, Opinion, Policy, Politics, Power