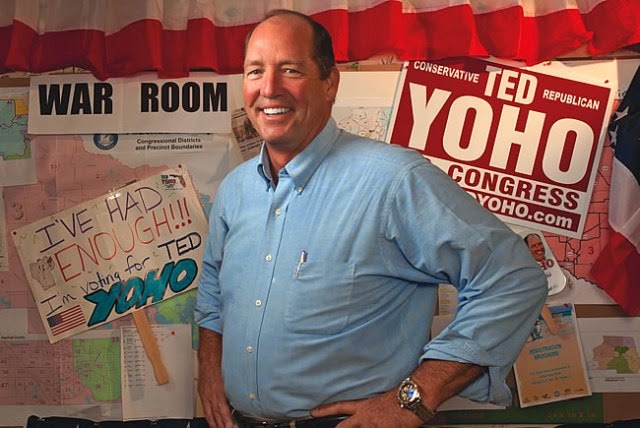 Joe Scarborough said Friday that he doesn't understand what evidence Sen. Jay Rockefeller (D-WV) has to back up his claim that opposition to President Barack Obama's signature health care law is driven by his race.

"I must say, I have been behind closed doors with thousands of conservatives through the years. I have never once heard one of them say in the deep south or in the northeast or in South Boston, 'Boy, I really hate Obamacare because that black president' -- no, I've never heard anybody come close to saying that," Scarborough said on MSNBC's "Morning Joe." "And I have spoken to some wildly right wing groups. I have never heard it once."

Scarborough was reacting to a tense exchange between Rockefeller and Sen. Ron Johnson (R-WI) Wednesday during a Senate Commerce Committee hearing on health care. Johnson took offense when Rockefeller suggested that some of those who oppose the Affordable Care Act don't like the President because he's "of the wrong color."

Speaking at a town hall meeting earlier this month, Florida Republican congressman Ted Yoho promised that he would support possible birther legislation floated by Rep. Steve Stockman (R-TX), telling the audience that after learning about a potential birther bill from Stockman while attending a Tea Party meeting, he called the congressman and agreed to back it.

Yoho also seemed to embrace the right-wing claim that Obamacare is “racist” because it taxes tanning beds, explaining that if he goes tanning then he will be “disenfranchised because I got taxed because of the color of my skin.”

I had a little fun with [John] Boehner and told him about the sun tanning tax. He goes, ‘I didn’t know it was in there,’ and I said, ‘Yes, it’s a ten percent tax.’ He goes, ‘Well, that’s not that big of a deal.’ I said, ‘It’s a racist tax.’ He goes, ‘You know what, it is.’ I had an Indian doctor in our office the other day, very dark skin, with two non-dark skin people, and I asked this to him, I said, ‘Have you ever been to a tanning booth?’ and he goes, ‘No, no need.’ So therefore it’s a racist tax and I thought I might need to get to a sun tanning booth so I can come out and say I’ve been disenfranchised because I got taxed because of the color of my skin. As crazy as that sounds, that’s what the left does right. By God, if it works for them, it’ll work for us [inaudible].