Hammering Away at Legacies 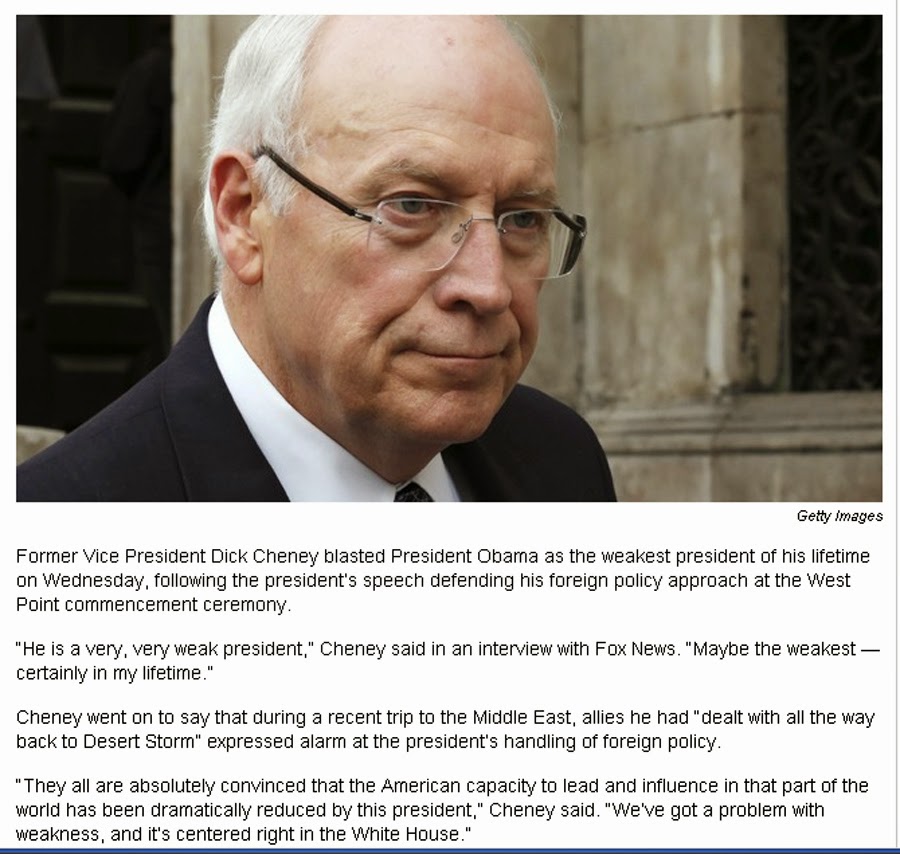 Dick Cheney's legacy took another beating at the hands of the people who have been trying to clean up the mess created by his old boss. This is why he has lashed out and called the President of the United States weak:

"Some of our most costly mistakes came not from our restraint but from our willingness to rush into military adventures without thinking through the consequences, without building international support and legitimacy for our action or leveling with the American people about the sacrifice required," Obama added. "Tough talk draws headlines, but war rarely conforms to slogans."

President Obama's abandonment of neoconservatism and nation-building means fewer contracts for the companies that saw huge profits under Bush-Cheney. Those people are angrily telling Cheney to say something and use what influence he has because they own the souls of neoconservatives and are demanding repayment for their loyalty. An entire way of life is about to come crashing down and the rush to diversify portfolios and invest in providing solar panels to drowned polar bear researchers has people climbing over one another, trying to get beachfront property in Ohio and bid on the contract to provide security for the next drone base in West Africa.
We finally have a President who only wants to start a handful of moderate-sized wars. We no longer have a President who wants to start larger wars that will break the military. It's a slight change, but it's a big enough change to frighten people used to wider profit margins.
on May 29, 2014
Email ThisBlogThis!Share to TwitterShare to FacebookShare to Pinterest
Labels: Business, Commentary, Defense, Ethics, History, Military, Money, News, World