Focus on the Record, Not the Man 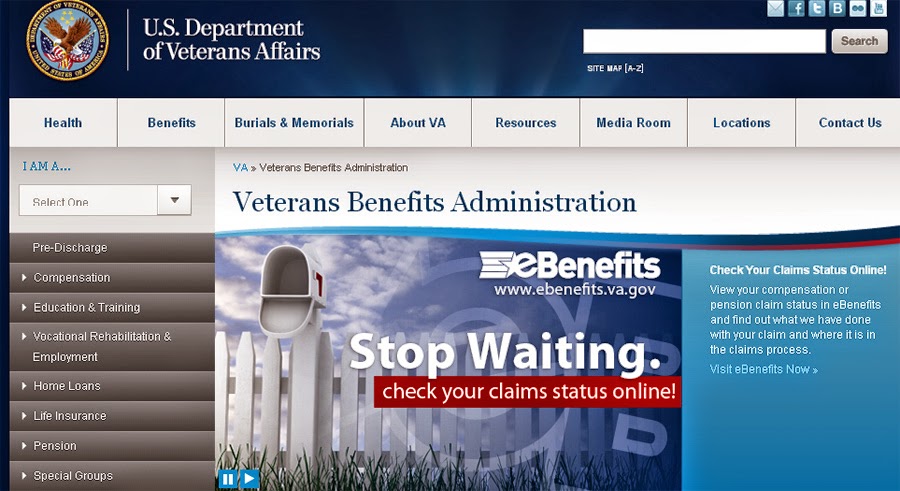 Charlie Pierce can't get the words out fast enough:

Eric Shinseki resigned today as a result of the unfolding scandal within the Department of Veterans Affairs. This event became inevitable the moment that Shinseki sat down before the Veterans Affairs Committee of the United States Senate. It became clear almost immediately that Shinseki didn't have two votes in that room; Democratic senator Richard Blumenthal who, despite Shinseki's departure, shows no sign of getting this teeth out of this story any time soon, made it quite plain that he wasn't buying anything Shinseki was selling. And thus ends the honorable career of a soldier who was correct about the lies behind the greatest policy disaster of our times, about the essential criminality of the people who launched the invasion of Iraq, but whose primary failures as an administrator were his inability to oversee the people in his department who were directly trying to cope with the flood of casualties that resulted from all of those soldiers that most of official Washington told Eric Shinseki they would never need to create a democratic paradise in Iraq. Irony is the rail on which Shinseki now has been ridden out of town.

Charlie can't help himself--he remembers the neglect of the Vietnam generation. And, neglected they were. But how does that square with what you see above? The VA has tried to modernize itself and deal with the issues that it faces. The VA is a hundred times more available and interactive than ever. And yet, we know for certain that there will always be an institutional distrust and many will fall through the cracks. Shinseki failed to be the Secretary we needed when this transformation was carried out. It's too little too late.

Yes, Shinseki was correct about the need to deploy adequate numbers of troops to stabilize Iraq. But, guess what? Even he was wrong by a factor of more than ten. In order to "stabilize" Iraq after the end of the war, over 2 million fully equipped American soldiers wouldn't have been enough. (Iraq - 26 million people, 1 soldier for every ten civilians, etc = 2.6 million troops for stabilization force).

There is no question--Shinseki was a weak and ineffective leader. We are not quite two years removed from this debacle:

An investigation into two Veterans Affairs Department conferences have led to employees being put on administrative leave and a top official’s resignation as auditors found waste and mismanagement. The VA paid roughly $6.1 million for two conferences in 2011, but the planning was marred by leadership failures and ethical lapses, the department’s inspector general reported Oct. 1.

The investigation has led to the resignation of John Sepulveda, VA’s assistant secretary for human resources and administration (HR&A). He stepped down a day before the release of the report, which criticizes the department’s questionable spending at two Florida conferences.

The IG found that Sepulveda failed to provide proper guidance to senior executives in his organization related to the conferences. Further, his statement was contrary to his memo to the VA’s chief of staff, in which he wrote his office was controlling costs. According to several people, Sepulveda also had seen a video in whcih an actor parodied a famous scene from the movie "Patton," starring George C. Scott as Gen. George S. Patton. The video cost nearly $50,000 to make, and Sepulveda denies having seen it.

“His hands-off approach contributed to a lack of communications between HR&A senior executives resulting in confusion and a dysfunctional execution of roles and responsibilities,” the IG wrote in the report. Largely, “senior leadership accepted little responsibility for fiscal stewardship.”

When you have an inspector general who tells you that "senior leadership accepted little responsibility for fiscal stewardship," you know you have a problem. But did Shinseki carry out a VA-wide audit and go looking for more examples? Did he go beyond allowing an official to resign (he should have fired the person outright) and ensure that these practices weren't being carried out everywhere? No, because we now know that bonuses for administrators were still being paid out well into this calendar year. Despite overwhelming evidence that there was a culture of greed, incompetence, and poor fiscal stewardship, Shinseki left the people in place who ended up bringing him down.

Shinseki is also the man who, in June of 2001, decreed that everyone in the Army would wear a black beret on their head, eliminating the common sense use of the soft cap. This was one of the most selfish and stupid acts carried out by someone trying to change the Army uniform. A beret does not instill pride. A black beret on a soldier's head in a motor pool is the stupidest Goddamned thing imaginable.

Stop thinking that because Shinseki got one thing sort of right he was a saint. He failed to properly lead and administer the Department of Veteran's Affairs. He failed on the information technology front, allowing contractors to waste millions on systems that failed to deliver. He presided over a period of extreme stress in the VA but he also failed to ensure that there were people in place to honestly deal with and report back on that stress. Every single administrator that got a monetary bonus on his watch for running hospitals into the ground while Veterans died is his responsibility. He should have ensured that nobody got a bonus for hiding bad numbers. His lame attempt to carry out an audit of these facilities was too little way too late.

The man's record before taking off the uniform is irrelevant. His tenure wearing a blue suit was a disaster. Neither political party really cares about Veterans anyway. When this blows over, more will die and a grateful nation will refuse to raise taxes to care for the people dying on the waiting lists that are going to be a little more public but left to languish in the hands of whoever can finagle their way into another cushy job doing nothing on the VA's dime.
on May 30, 2014