You Can Now Buy and Sell the Politician of Your Choice 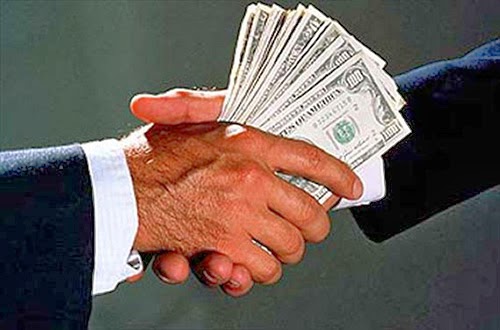 Good government is no longer possible in the United States of America:

The Supreme Court has struck down limits in federal law on the overall campaign contributions the biggest individual donors may make to candidates, political parties and political action committees.

The justices said in a 5-4 vote Wednesday that Americans have a right to give the legal maximum to candidates for Congress and president, as well as to parties and PACs, without worrying that they will violate the law when they bump up against a limit on all contributions, set at $123,200 for 2013 and 2014. That includes a separate $48,600 cap on contributions to candidates.

The case, McCutcheon v. Federal Election Commission, did not call into question the maximum amount an individual can donate to a single candidate or political party in a two-year election cycle -- those limits are $2,600 to a candidate, $32,400 to a national political party and $5,000 to a political committee.

Welcome to the future of American politics. Your politicians can now be bought and the gap between rich and poor is not going to be shrunk through policy or reform any time soon.

The day after Charles Keating dies, the very scandal that ruined him is now rendered moot because all he would have had to have done under this new law is buy off the Senate and he would have gotten what he wanted in return. Amazing.
Good government is for suckers anyway, right?
on April 02, 2014