The Country is Weary of the Bushes and the Clintons 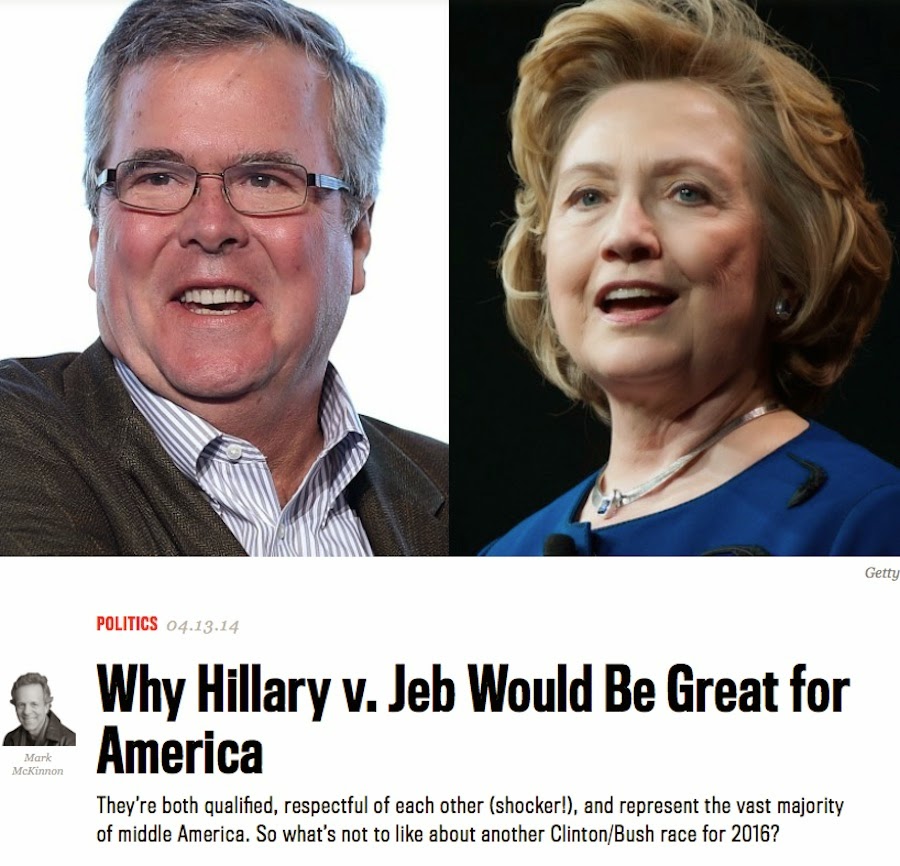 There are things in American politics that become "played out" and if there was anything more played out than the idea of a Bush or a Clinton being President again, it would be that. Mark McKinnon is dead wrong--these two people represent corporate political dynasties. Where are their natural supporters?

The country couldn't take another round of incompetence from a Bush and it doesn't want the stonewalling drama of a Clinton White House. No thank you, the American people will say, and they'll say it early and often enough so that neither of these two candidates will be able to mount much of a challenge in the primaries.

I honestly think we have not heard from our next POTUS and I think we will be surprised. The country is weary of these people, and it is tired of the racial drama surrounding the Obama era. What could be sadder than the idea, as put forth by Bob Shrum, that Bill Clinton could save the Democratic Party during the next mid-term election? Sorry, but Bill's not the man anymore, not with all of that baggage and all of his tens of millions of dollars made fleecing cash out of the global need for access and respectability.

This is how an absolute nut like Rand Paul could get elected. Someone, anyone, make all of these people go away. Nostalgia is ruining this country along with misplaced outrage and religious fundamentalism.
on April 13, 2014