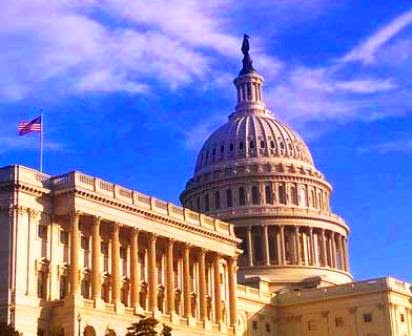 Before the day is out, Matt Grossmann's bullshit will be eviscerated eight ways to Sunday. Here's what I carved out of his delusional piece:

Conservatives in Congress are the prime suspects in Washington’s dysfunction. Veteran congressional watchdogs Norman Ornstein and Thomas Mann called the previous session the “worst Congress ever,” and they did not hold back in assigning blame: “The Republicans are the problem,” they said. After a fruitless government shutdown last fall, even House Speaker John Boehner lashed out at conservative groups and passed bills over the opposition of his caucus.

In response, conservatives make two simple claims: Most policies under debate are liberal, and Republican leaders sacrifice conservative principles when they compromise. History shows they are right on both counts.

Ornstein and Mann have simply identified the tactic of obstructionism; this is how Republicans drive the agenda. They obstruct when they cannot simply destroy something, like the labor movement or the regulatory agencies of the American government.
The idea that U.S. policy has "gone the liberals' way" is laughable. The agenda that runs American politics is almost entirely a conservative one; liberal ideas are often non-starters.There are--as of yesterday--efforts underway by an anything-but-liberal President who wants to undertake the radical idea of closing gender pay gaps, something that would have been accomplished decades ago if liberals controlled the agenda. We are watching the destruction of voting rights in this country and conservatives are driving this agenda. We have a bloated defense budget and cannot establish a foreign policy initiative in this country without hearing John McCain scream for more war. There are no jobs bills alive anywhere and, hence, there is no initiative within the Federal government that has a chance of passing that would do anything to put people back to work. The oligarchs are in charge, and they are not liberals.

Obamacare? A liberal idea pushed by liberals on a conservative country? Oh my God--give me a break. We need single payer insurance for anyone to be convinced that the "liberals" have won this debate. We're lucky to have anything, period.
What few policies end up being delivered by the government are watered-down to the point where they almost inevitably betray the liberal agenda. I mean, there is no coherent energy policy, a liberal idea and agenda item if there ever was one. There is no way a progressive with a desire to protect the environment or the American worker is ever going to be elected to national office. And what? Go out and try to deliver jobless benefits, and stimulate business hiring in order to deal with our crippling unemployment?

The conservatives have successfully driven abortion providers into hiding in this country if they're even available at all. Despite things like actual democracy and voting--elections, Supreme Court decisions, constitutional amendments--the conservative agenda is one that subjects Americans to relentless attack. They hide behind bringing freedom because going out and actively saying, "we're here to force things into your vagina" only play in certain rural areas.They don't care about privacy, and what little they do pretend to care about will vanish as soon as a Republican wins the White House.
Grossmann wants you to think the liberal agenda is one of handouts. It is not. The liberal agenda evens the playing field for working people. Ask your local oligarch how that's working out for him.
on April 09, 2014