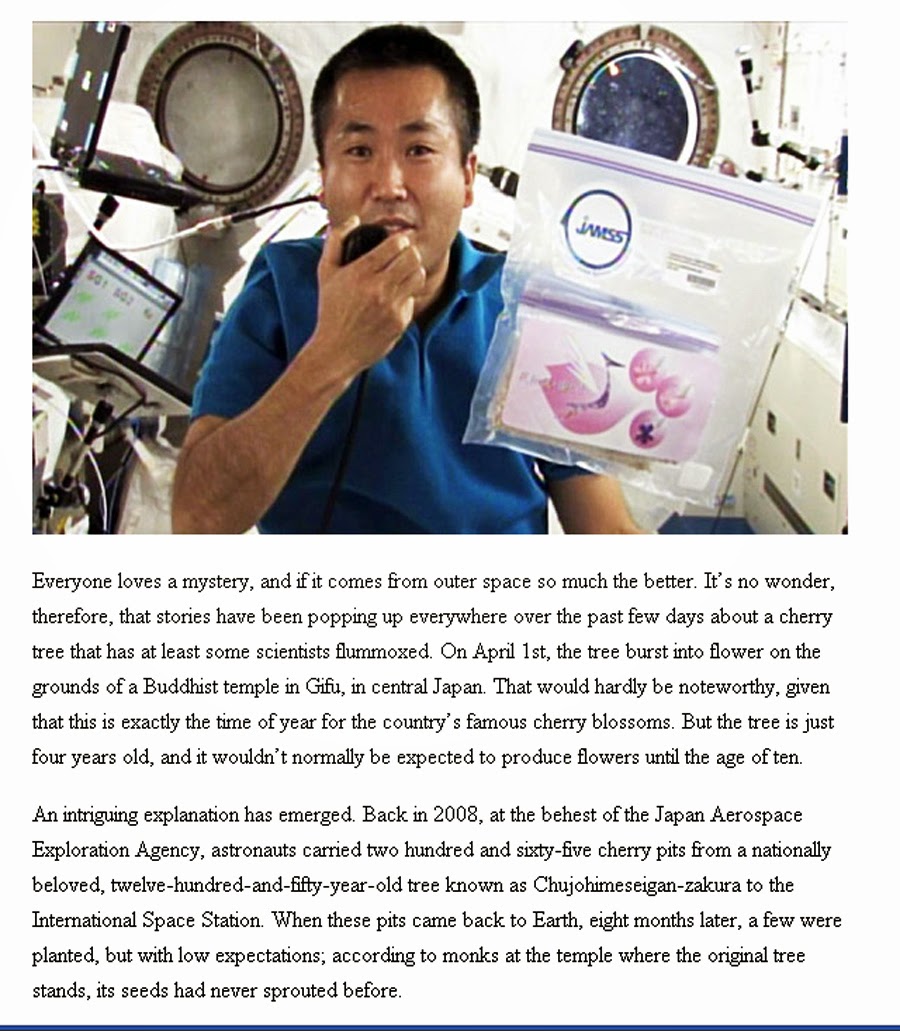 To everyone’s surprise, however, a few of these seeds did sprout into saplings, at least one of which grew to a height of around thirteen feet in just four years—another surprise, say the botanists. “It is difficult for us to judge why this has happened, but one reason the tree has grown so fast may be related to space rays,” Kaori Tomita-Yokotani, a scientist at the University of Tsukuba, told the South China Morning Post. The tree was starting to sound like the arboreal version of the Fantastic Four, who acquired their own amazing powers during a ride aboard a rocket ship. Some suggested that the tree’s premature blossoming, as well as the fact that its flowers have only five petals each (the parent tree’s flowers typically have thirty), had similarly sci-fi explanations.

Keep those space rays away from lizards, I guess. I don't understand how such a mutation could happen and not cause people to panic, but there you have it.
on April 21, 2014