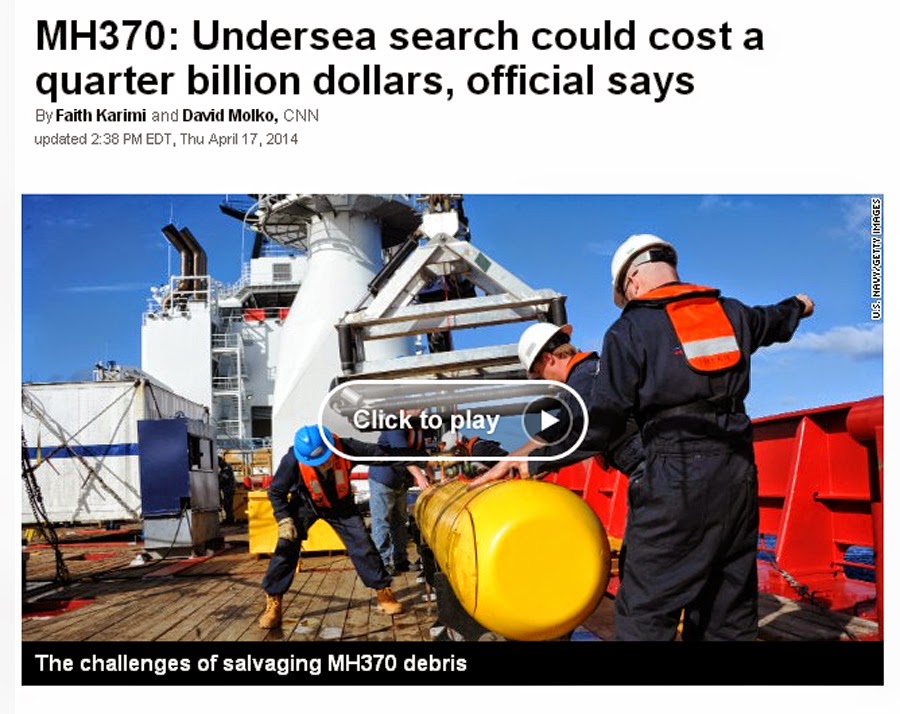 There is no easy way to quote the great philosopher of the 21st Century, Queen Elsa of Disney's Frozen, but here goes.

Spending untold millions, and risking the lives of searchers in that inhospitable part of the world, is simply not worth it. To lose one more plane or one more ship and everyone on it would simply compound the tragedy, and that's a very real possibility given how terrible it is to try and operate in the South Indian Ocean.

We have thousands of years of experience with this sort of thing as humans--ships, planes, people, boats, rafts, canoes, caravans--these things vanish. They disappear. They are found again, sometimes, but they do vanish. This is the way of the world.

Accepting that would be healthier than enduring the continued incompetence of the Malaysian authorities and the efforts by the worlds surveillance powers to mask their abilities and let people know what they heard and collected in the wake of the doomed flight.