James Poulos Does Not Understand the Danger of Inequality 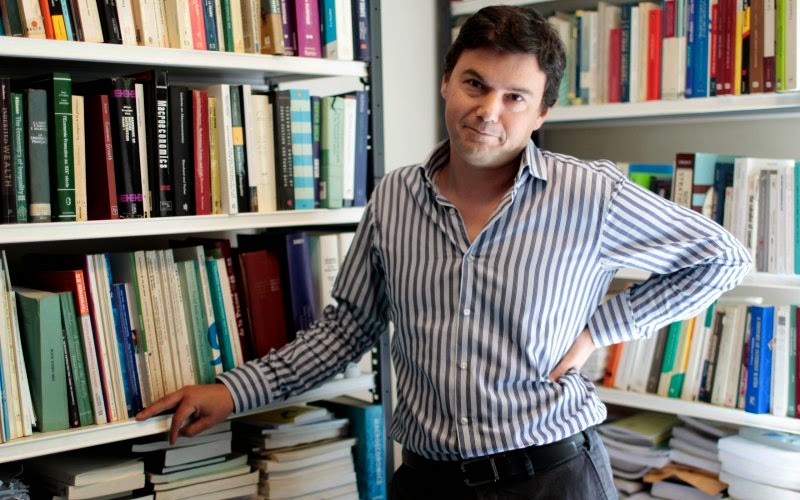 The glib libertarianism of James Poulos is on display today:

So far, so good. But then Hacker and Pierson go off the rails: “another Frenchman with a panoramic vista—and far more precise evidence—wants us to think anew about the progress of equality and democracy. Though an heir to Tocqueville’s tradition of analytic history, Thomas Piketty has a message that could not be more different: Unless we act, inequality will grow much worse, eventually making a mockery of our democratic institutions.”

The apparent ignorance behind this thesis is so extreme that it causes Hacker and Pierson to see Piketty as the real genius—while even an undergraduate level of engagement withDemocracy in America would reveal, in virtually every chapter, that Piketty is not only wrong but glibly and perilously so.

Poulos is out of his depth, but you already knew that. Praise for Piketty's work is being heard far and wide.

Of course, there's no proof that Piketty is wrong, just snide bullshit operating as rhetoric. It reads better when you can ignore every single indicator that we are entering a new Gilded Age and come up with a jarring bit of Slate-inspired contrarianism. Or something like that. It's as if Poulos hasn't been told that corporations are people and that a billionaire can buy anyone or anything he wants, especially the United States Senate or the governor of Wisconsin.
Poulos, you see, is operating under the impression that it is 1994 and not 2014. We are in the midst of a new Gilded Age, and it's worse than the last one because, well, there is no organized labor movement anymore and political corruption is seen as a character building exercise in getting away with it rather than the shameful, money-grubbing excess it used to be.
Here's just one example as to why Poulos is wrong and Piketty is right:

You can follow the link and see the other four reasons yourself. I think the fifth one is good enough. What you are paid is indicative of what you own; the ever-increasing gap between now and the time of Alexis de Tocqueville is readily apparent--the equality of early America, where men owned their land because the government gave it to them for improvement has been replaced by a world of renters and urban dwellers. It's one thing to have a nation of yeomen farmers who are building the agricultural infrastructure of early America; it's another to have apartment blocks full of people paying Too Damn High of rent.

This is why I think the comparison to what Piketty is saying to de Tocqueville is not relevant. The transition of America from an agricultural power to a manufacturing power and now to a debt-repackaging power took place while the upper and bottom rungs of society struggled for control over who controlled the government and how it was wielded. Ronald Reagan was the verdict on this struggle, and the American labor movement was destroyed and the power of the CEO was established as a national birthright for the lucky few. A hundred years ago, you could mock the rich and powerful openly and with great gusto (see Finley Peter Dunne, et al). Now, you have inflamed butthurt feelings whenever someone makes a rich man sad by writing down what he actually said in public on purpose.

Poulos is dead wrong if he thinks that American democracy somehow has a remedy for all of this--it does not. It has not prevented this development and now, thanks to the ability of the wealthy to use money as speech, it is now much less likely that politicians will bite the hand that feeds them and cut off the main source of their power, which is not the votes of the populace but the money that allows them to manipulate voters into believing they are living in an actual democracy.
Income inequality is the disaster on the horizon. When the wealthy have everything, society falls into revolution and "distributes" the wealth. Tocqueville, knowing the causes of the French Revolution, would more clearly see this issue and the dangers of concentrating wealth in the hands of a small elite empowered with the permission of the law to buy their power without fear of legal consequences.
on April 23, 2014