It's Not Controversial Because It's Dumb 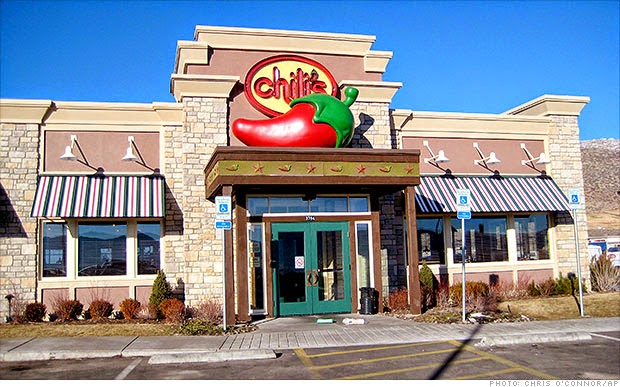 The damage that bullshit does to our society is evident all around us. Witness the decision by Chili's to cancel a fundraiser for Autism because the people they partnered with persist in spreading bullshit far and wide:

In recent decades the decision of whether or not parents should vaccinate their children has become controversial because some have linked vaccinations to autism. Many opponents of vaccinations base their beliefs on a 1998 study that was declared fraudulent by a leading British medical journal.

The NAA says the link between autism and vaccination mentioned on its site is based on "parent reports."

"Though published mainstream science fails to acknowledge a causal link to any of these specific exposures, it's important that parental accounts be carefully considered," says the NAA on its website.

It is not controversial. It's anti-intellectualism that ignores basic science and plays into the idea that people are "elite and special" and "care more than other parents" when they withhold vaccines from their kids. There really and truly are people who, by virtue of the fact that they make a little more money than everyone else, think that their own participation in the gene pool is an accident and that they have been bred to be superior than the lower class people who end up going to the same schools their special and talented and wonderful kids go to.
They shop at Whole Foods and pay more for the same groceries that come from the same distribution centers in California and Florida that everyone else's groceries come from. They form their own self-deluding block of know-nothings who do not understand the basic history of science and medicine. They're dumbasses and they don't realize the danger they're putting everyone else in by believing their own lies.

The NAA site also mentions that unvaccinated children have been diagnosed with autism.

Which also means nothing because, you know, science and whatnot. If people actually cared about kids and stopped trying to make themselves appear to be smarter and more concerned than the imaginary people they compete with on a daily basis, you wouldn't have a resurgence of measles and whooping cough. You'd have properly vaccinated children living free and clear of the ravages of childhood diseases.
on April 07, 2014