Is North Korea Missing Any Submarines? 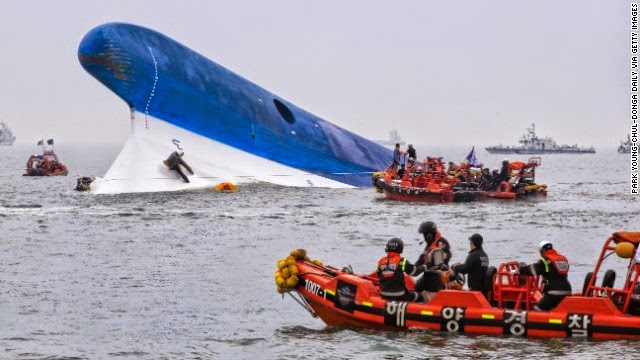 We will probably never learn the truth, but here goes:

A passenger describes women screaming in the darkness. A father learns his child is trapped. A son, fearing death, tells his mother he loves her.

CNN affiliate YTN reported on several messages, purportedly from passengers aboard the sinking vessel to their loved ones. CNN could not independently confirm the authenticity of the messages or when they were sent. It's also unclear what happened to the people who sent them.

The messages, widely reported in South Korean media, paint a chaotic picture of the situation aboard the ferry as hundreds of passengers waited for help and some reached out to loved ones.

It could be a number of things that "hit" the ship, but my guess is that there is a North Korean mini-sub or perhaps an infiltration ship--something that sits just below the water line--at the bottom of the sea nearby. The aggressiveness of the North Korean navy and their infiltration craft is legendary. If they have, indeed, killed three hundred South Koreans in a single stroke, the repercussions are going to be felt on both sides. If that's what happened, and South Korea does nothing, it will anger the elements of that government who know the truth.

The North Koreans simply do not care. Three hundred people drop dead from starvation or meet their doom on a regular basis. Life means nothing to them.
on April 16, 2014