Golf Is a World Sport 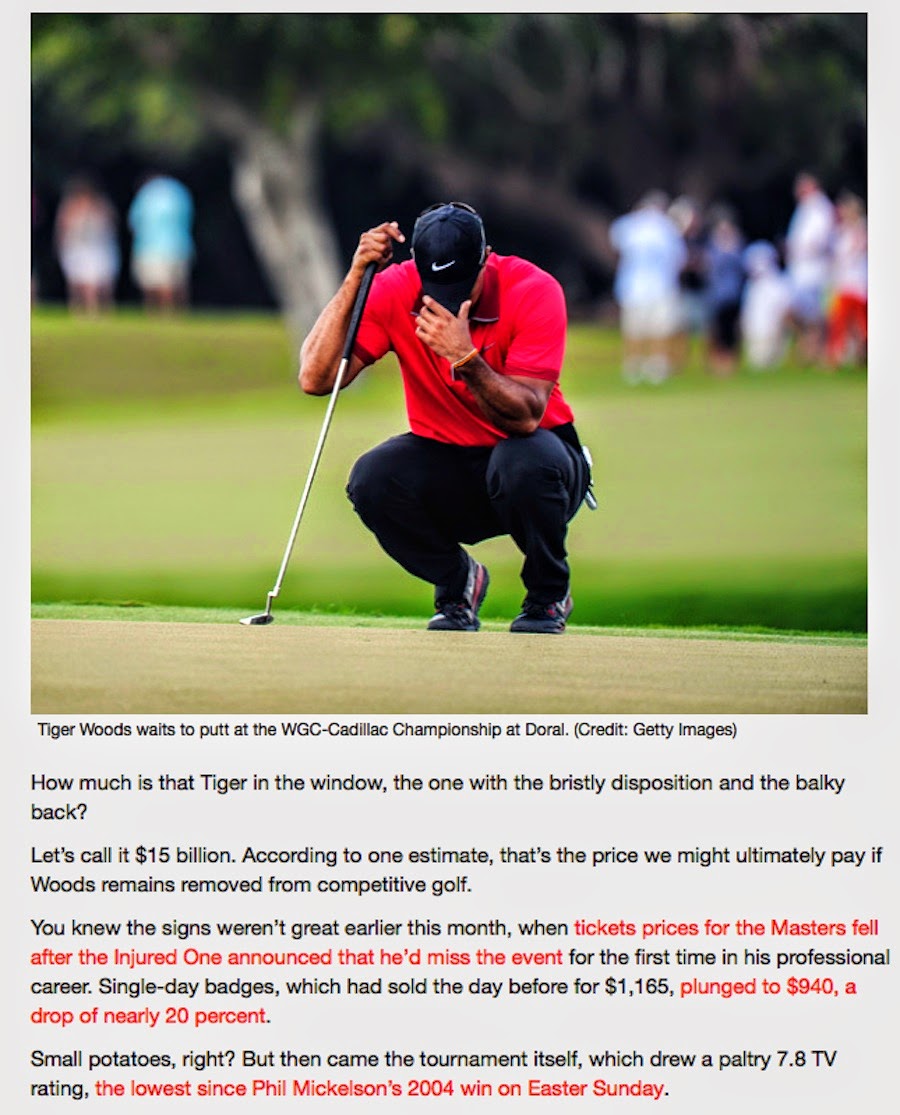 The demise of golf in the United States, which is largely racial and economic because the middle class has either aged out of the sport and died off or has no economic ability to participate in the sport anymore, is long overdue. It may very well spell trouble for people who have invested a lot of money in the sport, but it doesn't mean that golf is automatically a sport in decline. Like everything else that needs to survive a demographic shift, it has to diversify and change. If not, then it will die off.

Anyone and everyone who has investments in golf in America should diversify and look to Asia for some kind of support. Move the major tournaments overseas to Asian venues and stop thinking that Tiger Woods is the end-all and the be-all.