Doubling Down on Being a Douchebag 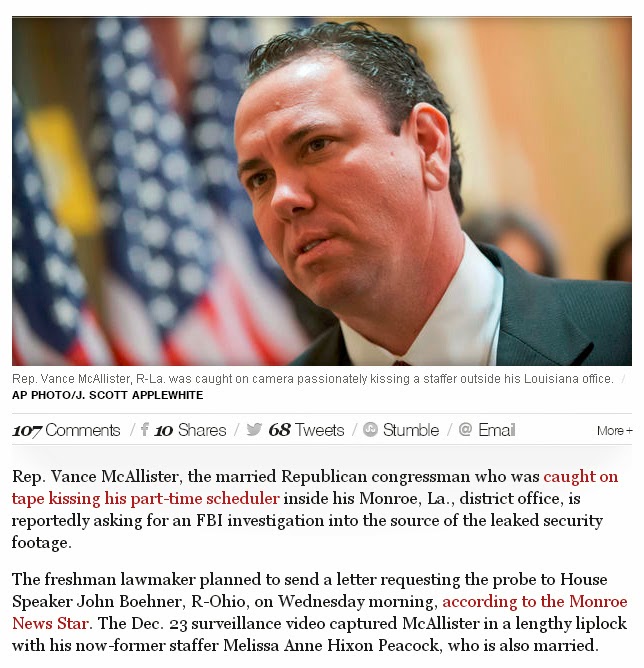 So, a freshman Congressman from the middle of damned nowhere is caught making out with a staffer. He's caught dead to rights. This is as cut and dried as it gets--he's got his pair of you-know-whats in a serious vise because of the fact that he campaigned as a family man with ethics that are better than yours.

You would think that a gentleman from Louisiana would apologize and take the blame himself, correct? No, you would be wrong. This is America, circa 2014. The victim in this case is the man with all of the power who can fire people and call in law enforcement. The victim in all of this will simply not tolerate being mocked by the little people.

Not only did Vance McAllister (R-d-bag) fire the staffer, he is now asking the FBI to investigate how it came to be that he has no morals or ethics whatsoever. He wants the FBI to get to the bottom of what happened to his dignity and his chivalry because these things are not in evidence anymore.

If that's not douchebaggery, what is? Holy hell, son. Weren't those your lips on that woman's face?