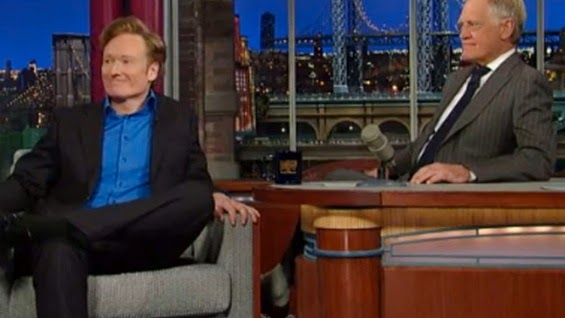 This will clear the way for Letterman to retire in 2015, allow for an awkward transition to Conan O'Brien as his replacement, and then Letterman can get O'Brien fired so he can go back to work in 2016.

The departure of David Letterman from television means what exactly? He has been passed by the culture and he isn't really relevant anymore. No one watches Conan, either. The idea that O'Brien should be his replacement after failing to replace Jay Leno would complete the sad sack triumvirate.

Chelsea Handler is the only one who can really "replace" Letterman.
on April 03, 2014