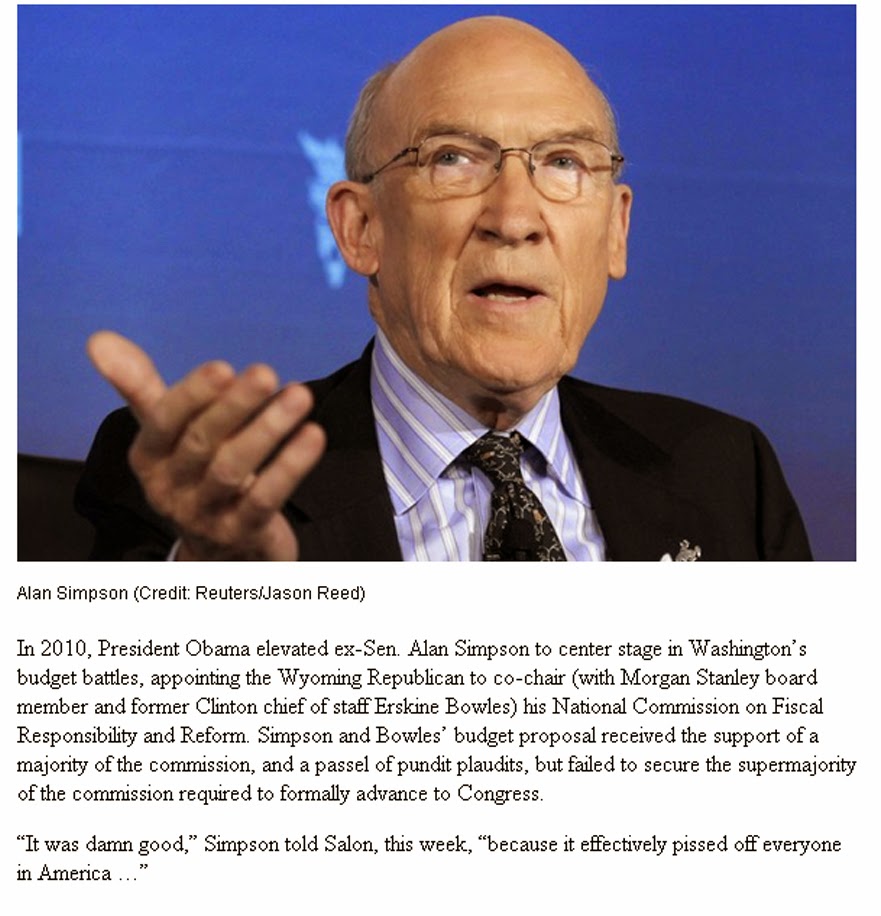 There is nothing more maddening to see people who have been wrong about everything treated with deference and respect, and then asked for their opinions, again and again.

Alan Simpson was a United States Senator a long time ago and now he is a shill for the rich. A so-called straight shooter who never said anything remotely relevant about the economic suffering of working Americans, he embodied the fetish pundits have for a man who preaches a gospel of sticking a broomstick up the ass of anyone who makes less than $50,000 a year in order to shake out a few more coins. The hungry kids in your school district are not his problem and never were and never will be, ever. He is as out of touch and as remote from American economic reality as any other privileged American politician or insider. He famously proposed a bi-partisan version of killer austerity and he ended up being wrong about everything.

You would think that such a discredited person--and such discredited ideas--would pass into the obscurity that they deserve. No, collective amnesia sets in, and the collective wisdom that dictates that only the poor should suffer economic hardship and pain continues under another guise. Does Simpson have a telegenic, plucky kid who can carry the flag for austerity? Someone give that kid a job.
on March 21, 2014