This Calls For Some Judicial Activism 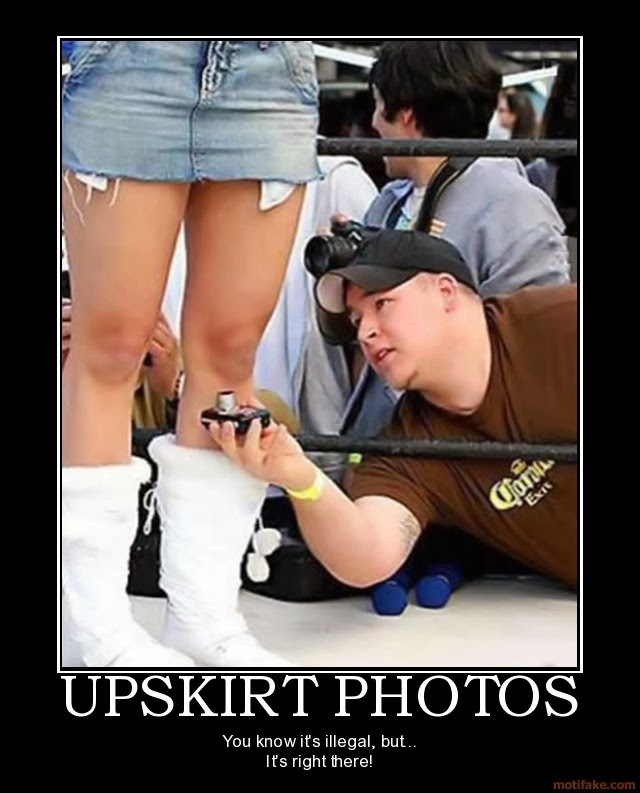 Guess what? It's legal now in the state of Massachusetts to take "up skirt" photos of women (and men, too, I would presume).

Massachusetts' highest court ruled Wednesday that it is not illegal to secretly photograph underneath a person's clothing -- a practice known as "upskirting" -- prompting one prosecutor to call for a revision of state law.

The high court ruled that the practice did not violate the law because the women who were photographed while riding Boston public transportation were not nude or partially nude.

"A female passenger on a MBTA trolley who is wearing a skirt, dress, or the like covering these parts of her body is not a person who is 'partially nude,' no matter what is or is not underneath the skirt by way of underwear or other clothing," wrote Justice Margot Botsford of the state Supreme Judicial Court.

It would seem to be an invasion of privacy, and it would look to me like the court is unable to distinguish between how to take a photo of someone in public and how to invade their privacy by compromising their person. It may be legal but it is not ethical to do something like this.

You cannot legislate against douchebaggery, but I suppose it would be an assault charge if a woman hit a man who was legally taking a photo up her skirt or dress. How insane is that?
on March 06, 2014