There Are Two Kinds of Law in the Military 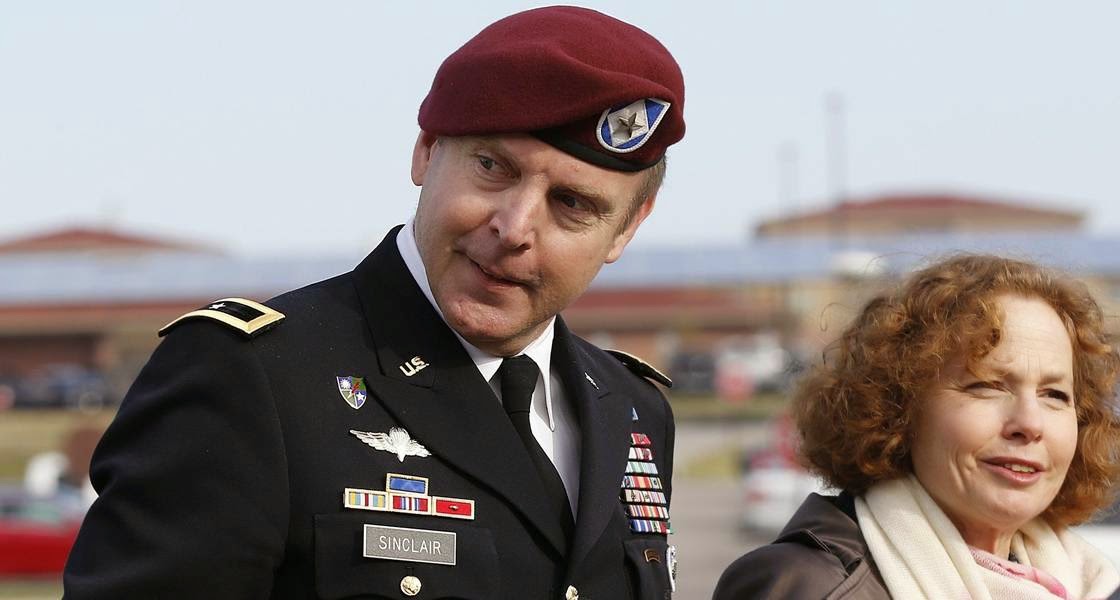 Brig. Gen. Jeffrey Sinclair — who struck a plea deal after being accused of sexually assaulting his former lover — was sentenced Thursday to pay $24,100 in fines and restitution, but not jailed or demoted.

One congresswoman called the sentence "laughable," but Sinclair was all smiles after learning his fate.

"The system worked. I've always been proud of my Army," he said outside the Fort Bragg, N.C., courthouse. "All I want to do now is go north and hug my kids and my wife."

The system did NOT work because justice was never served nor was credibility given to the idea that there should be a single standard for conduct. General Sinclair's colleagues saved his ass from a felony conviction and from spending the rest of his life registered as a predatory sex offender.
This is what happens in the Army--there is a UCMJ for the enlisted and there's one for the officers. The one that they use on the enlisted scum ruins their lives, takes their money, and trashes their future. The one used on Sinclair gives him a slap on the wrist. If he had been wearing the stripes of a Master Sergeant, he would be on his way to Leavenworth right now. This is very similar to how it is in the civilian world. Instead of money, a commission as a officer gives the holder the same advantages as someone with money to spend on a good lawyer.
His family knows what kind of a man he is. God help them if he decides to actually follow through on his threat to hug them. A violent man just got away with it. His next victim will understand this, fully and completely.
on March 20, 2014