Rich Lowry Gets it Right 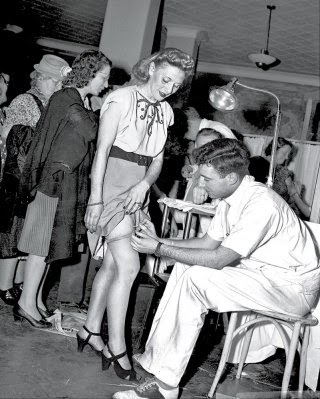 I don't think I have ever agreed with Rich Lowry (in the New York Post!) about anything, ever, but I agree with him about this:

In a feat that would have been unimaginable a few decades ago, the anti-vaccine movement has managed to breathe life into nearly vanquished childhood diseases.

It took all the ingenuity and know-how we are capable of to find safe, effective ways to dramatically diminish diseases like measles and whooping cough in the developed world; it took all the hysteria and willful ignorance we are capable of to give them a boost. A developer of the measles vaccine, Dr. Samuel Katz, says the question “is not whether we shall see a world without measles, but when.”

Not if Jenny McCarthy has anything to say about it. The former Playboy model and current co-host of “The View” is a leading light of the anti-vaccine movement. She has a boy with autism-like symptoms that she is convinced were caused by the vaccine for measles, mumps, and rubella (MMR). You can credit her passion for her child, sympathize with her heartbreak — and still cringe at her wholly irrational cause.

Now, Lowry does not go so far as to decry the anti-intellectualism and anti-science buffoons in the conservative movement, but that's okay. The shocking thing here is that you have a conservative pundit attacking from the position of believing in science. So, about that whole climate change thing...
on March 20, 2014