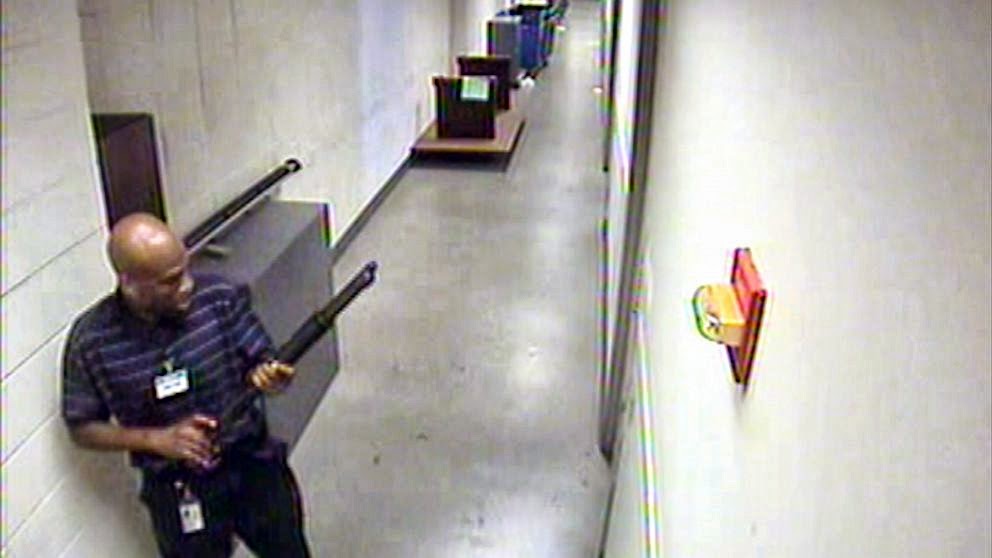 This is definitely the action language of an angry investigator:

Supervisors of the gunman who killed 12 people at the Washington Navy Yard last year noticed his erratic behavior well before the shooting but did not reveal any problems to the government, a Navy investigation has found.

“Had this information been reported, properly adjudicated and acted upon, [Aaron] Alexis’s authorization to access secure facilities and information would have been revoked,” the report said — and the shooting might have been prevented.

An official Navy investigation unveiled Tuesday by Defense Secretary Chuck Hagel and other top Pentagon officials blamed IT contractor Hewlett-Packard and its subcontractor, The Experts, for deciding not to take any action dealing with Alexis’s deteriorating “emotional, mental or personality condition, even when they had concerns that Alexis may cause harm to others.”

Someone wants to put the subcontractor (The Experts) out of business. This may damage Hewlett-Packard's immediate plans to continue to be a top-tier government contractor, but it won't put them out of business.

Newport city police officers made a note about one of their encounters with Alexis last August, in which he complained about “some sort of microwave” being used to control him. The city police even faxed a copy of their incident report to the naval base security office with the note: “FYI on this. Just thought to pass it on to you in the event this person escalates.”

Alexis’s supervisors were aware of all this as it was taking place, according to the report, and went so far as to contact his mother about his paranoid behavior. She told the company human resources office that “this was not the first episode he had experienced,” the report said.
A spokesman for HP, Michael Thacker, told POLITICO the company had no information before the Navy Yard shooting that Alexis “posed a threat to others or had a propensity for violence.” The fault lay entirely with its former subcontractor, Thacker said.

“As the Navy investigation report confirms, The Experts was aware of significant information about Aaron Alexis that was not known to HP,” Thacker said. “Yet, The Experts made a decision to send Alexis back to work after the incident in Newport, R.I., without sharing any of this information with HP or the government. Based on what we learned about The Experts’s conduct, on Sept. 25 HP terminated its relationship with The Experts.”

At the beginning of last September, Alexis exchanged emails with the “president of Freedom from Covert Harassment and Surveillance discussing, ‘constant bombardment from some type of ELF weapon,’” the report said. The Navy uses Extremely Low Frequency radio waves to communicate with deeply submerged submarines.

Both companies could face some expensive lawsuits, however. HP is desperately trying to sever their relationship to The Experts; at one time, it probably looked good on paper to pair them up and acquire a lucrative contract. The end result of that allowed a nutcase to have access to a secure facility. The language of this report is refreshingly free of doublespeak and ambiguity. The blame is leveled and the allegations are clear--someone failed to get this man out of the intelligence community.

An "FYI" isn't much of a "CYA."
Of course, this is really an indictment of the way we handle the mentally ill and how we have failed to restrict their access to firearms. No one wants to talk about that, however. If we actually had a sensible program where people who are mentally ill are prevented from buying guns, there might be fewer shootings.
on March 18, 2014