Liz Wahl is as Brave as Any Phony Out There 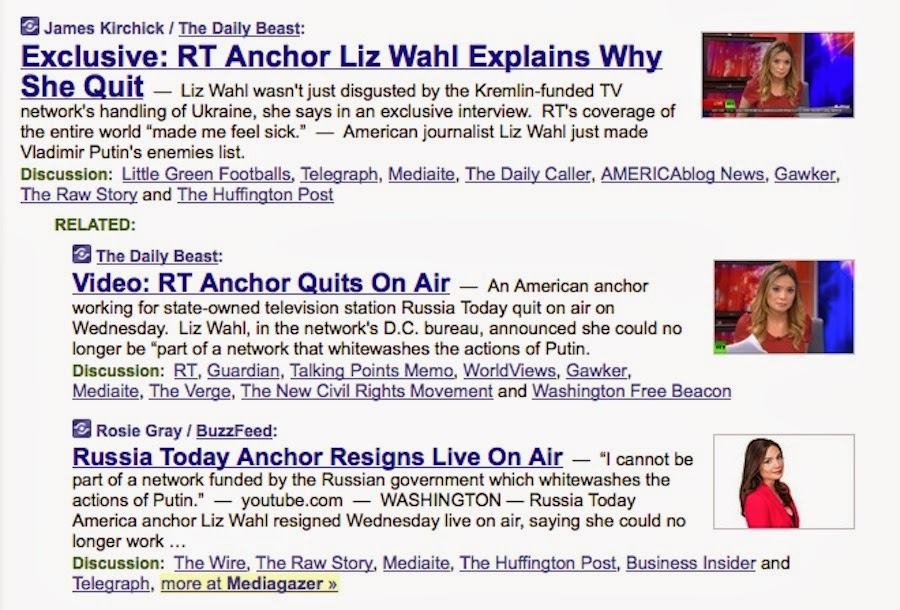 The sheer phoniness of Liz Wahl's on-air resignation doesn't seem to be getting much play.

Then there's this from James Kirchick's story:

Wahl initially reached out to me in August, after I launched my own impromptu protest on RT against Putin’s homophobic repression. Wahl felt morally compromised working for the network, she told me, but wasn’t yet prepared to quit.

When did Miss Wahl figure out that she needed to be an ethical person in order to remain marketable in the television field? Her best photos seem to be other there, and people are falling all over themselves to praise her for sticking it to Putin. The problem is, I can't believe she didn't know what this regime was like a year ago, two years ago, ten years ago. The Russians are not experiencing anything resembling democracy and the rule of law died in Russia before it was ever established in the wake of the fall of the Soviet Union.

What part of Putin's plan to be dictator for life did she miss? What part of the widespread killing of journalists did she fail to note?