A Public Relations Disaster For Malaysia 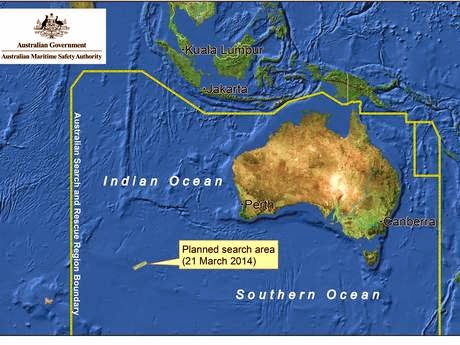 You couldn't have asked for a worse reaction to the announcement from the Malaysian Government that MH-370 crashed in the South Indian Ocean:

Just before the relatives were briefed in a conference room, four emergency medical workers entered, dressed in bright orange uniforms. A bed on wheels also was pushed inside.

After some time, relatives emerged, sobbing loudly. A few pushed and shoved one another, overcome with grief. Some people were wheeled out on the bed. One group of relatives smashed a photojournalist's camera lens.

A relative rushed out of the room, screaming, "You announce this information today. ... Is it really confirmed? What's your proof? We've been waiting for 17 days. You simply tell us this! Where is the proof? It's wrong to announce the information like this!"

A Chinese grandmother staggered out of the conference room, screaming, "The Communist Party has to help me! My son, my daughter-in-law and granddaughter were all on board! All three family members are gone. I am desperate!"
She sobbed and fell to her knees.

Hours after Razak's press conference, a committee representing some of families of the 154 Chinese and Taiwanese passengers aboard Malaysia Airlines Flight 370 sharply criticized the Malaysian government in a statement, accusing authorities of deliberate search delays and cover-ups, China's state-run CCTV reported.

"If our 154 relatives aboard lost their lives due to such reasons, then Malaysia Airlines, the Malaysian government and the Malaysian military are the real murderers that killed them," the statement said, according to CCTV.

The Malaysian Government doesn't give two shits about anyone or anything other than getting this out of the newspapers and off television. Malaysia and China have a day of reckoning coming if the families continue to receive extensive media coverage. Countries have gone to war over less, to be blunt about it. China and Malaysia are facing strained relations because of how this was handled. The national image of Malaysia is now that of a bungled, incompetent search for truth about a plane that vanished because it is a third world nation trying to exist in a first world that does not tolerate the loss of life among people affluent enough to fly on planes.
I am wondering if the Chinese government isn't playing up this disaster; the outbursts and the expressions of emotion are incidents that would extremely embarrass the Chinese government if they were directed at an airline based out of China and, as such, they would have been heavily censored. Here, the opposite is true--the censors are allowing these extreme statements against the Malaysian government.
This really has been a fiasco, and a tragic one, through and through.
on March 24, 2014