Whitewashing the Military History of Japan 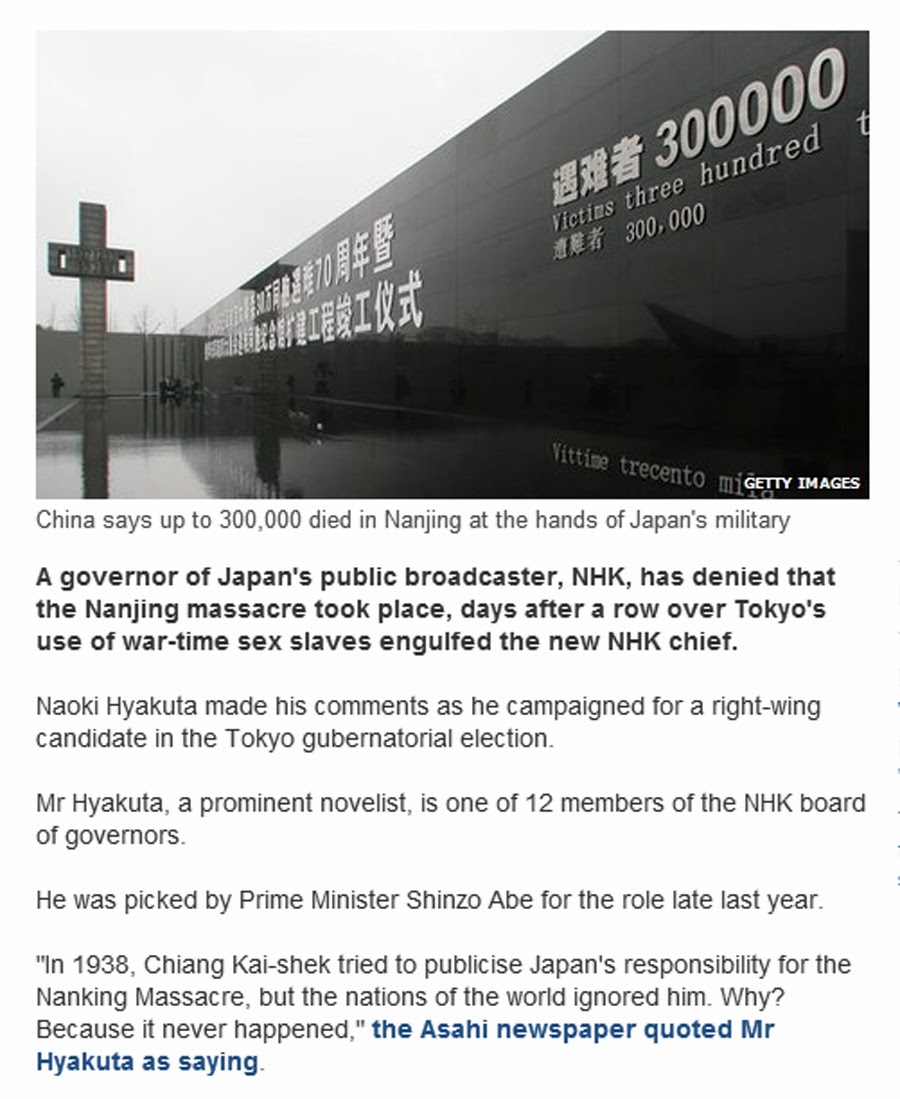 The fact that there are Japanese government officials who spout nonsense like this isn't surprising--they are more than welcome in Shinzo Abe's government. Japanese nationalism and whitewashing the military atrocities of Japan are straining relationships in the region, however, and this is why the United States needs to look closely at how it deals with Abe.

In and of themselves, Japan's deniers (truthers!) are a harmless, ridiculous bunch. The problem comes when the Chinese or South Koreans stoke the outrage and pretend to be upset about what's happening. They are sophisticated enough to know that Abe's government is not permanent and that Japanese school children have never been fully informed of the shameful acts of Japan's government during the 1930s and 1940s.

This comes down to posturing over mineral, gas, and oil resources and over territorial islands that have long been in dispute. Will Japan go to war over the Kuril Islands? No matter how jingoistic the Japanese government gets, I refuse to believe the Japanese would embrace war.
on February 04, 2014