Tom Perkins is Trolling Everyone 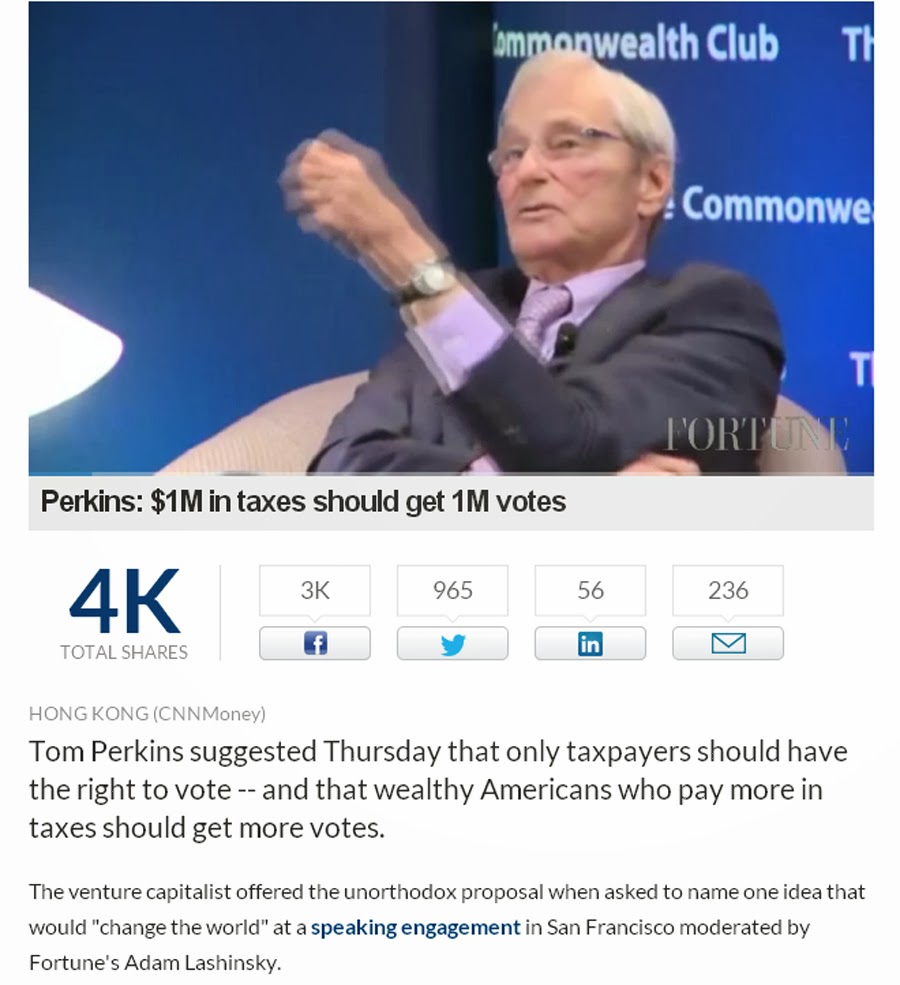 The people who founded this country never intended for most Americans to have the vote. Tom Perkins is aligning himself directly with the Founding Fathers; he's the most Tea Party-ish dude since there was a Tea Party. All he needs is a tri-corner hat and a wig and some breeches.

Of course, as America evolved into a country where people could get a fair shake and own something and have a voice in how they were governed, people like Perkins felt that we had gone too far. His proposal, to use wealth as a means of influencing voting, is inherently racist. Racist to the point where the people who give him a forum to speak are complicit in allowing a man who should be mature enough to know better that all he is doing is trolling the country and advancing ideas so reprehensible that they and he should be mocked and humiliated. It is an outgrowth of the idea that people should pay a poll tax or be driven screaming from their homes by bands of terrorists for being the wrong sort of people.

The world of Tom Perkins will put armed guards around enclaves of the rich, and children will surround the walls and starve and die in the gutter. Throughout South America, you have these compounds. There are slums and then there are the slums where the extremely poor can look up on the hills and see the mansions of the rich. Perkins wants to turn America into a banana republic or a phony democracy and have a belly laugh at the plight of others. Our media is far too incompetent to point that out.
on February 14, 2014