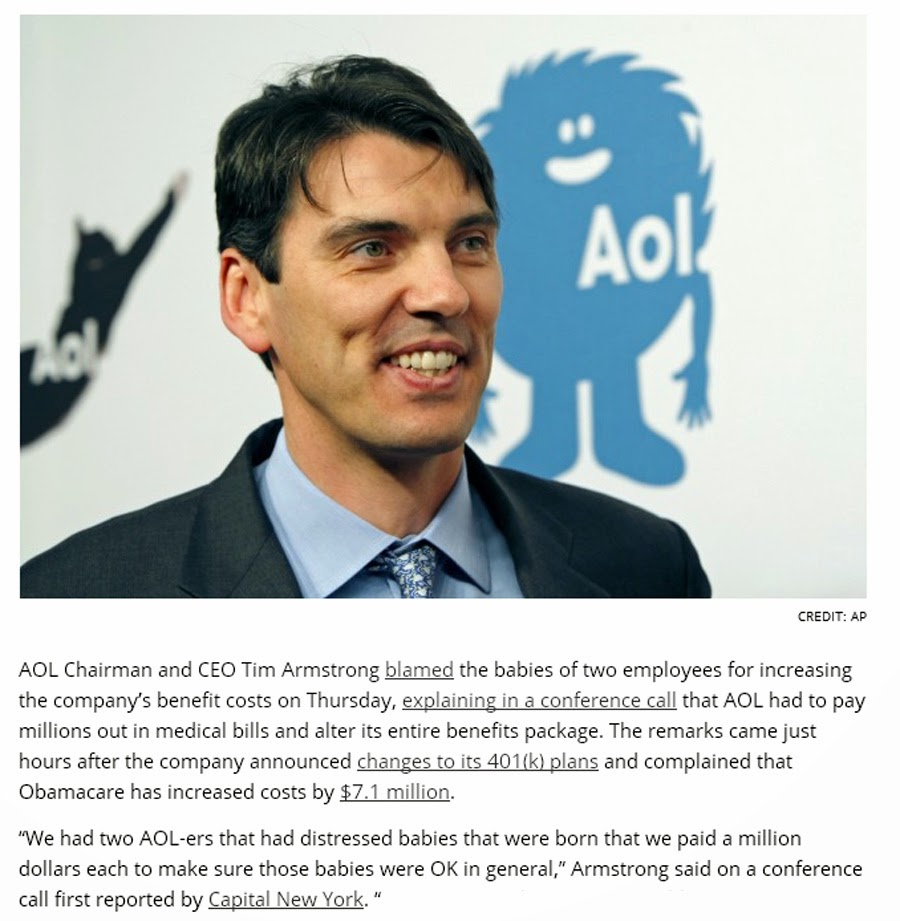 America Online's very own Tim Armstrong is looking like a safe bet to be the Republican nominee for President in 2016. He's got guts, savvy and brains. Plus, he's thumbing his nose at sick babies and Obamacare and he's passing the savings on to you. When he cuts the 401K plan of his employees, he's sticking it to the government and he's telling the Feds that the retirement needs of his workers isn't coming out of his massive compensation package, no sir.

Armstrong could literally run for any office in the land as a Republican and win primary after primary before losing a general election when matched up against a squid or a potato or even a hot and bothered howler monkey. He is the worst CEO in the tech world right now and he's presiding over the destruction of a company that still makes people scratch their head and say, "they're still in business? And the Blockbuster Video is gone? Wha?"
on February 07, 2014