This is How You Build a Nation 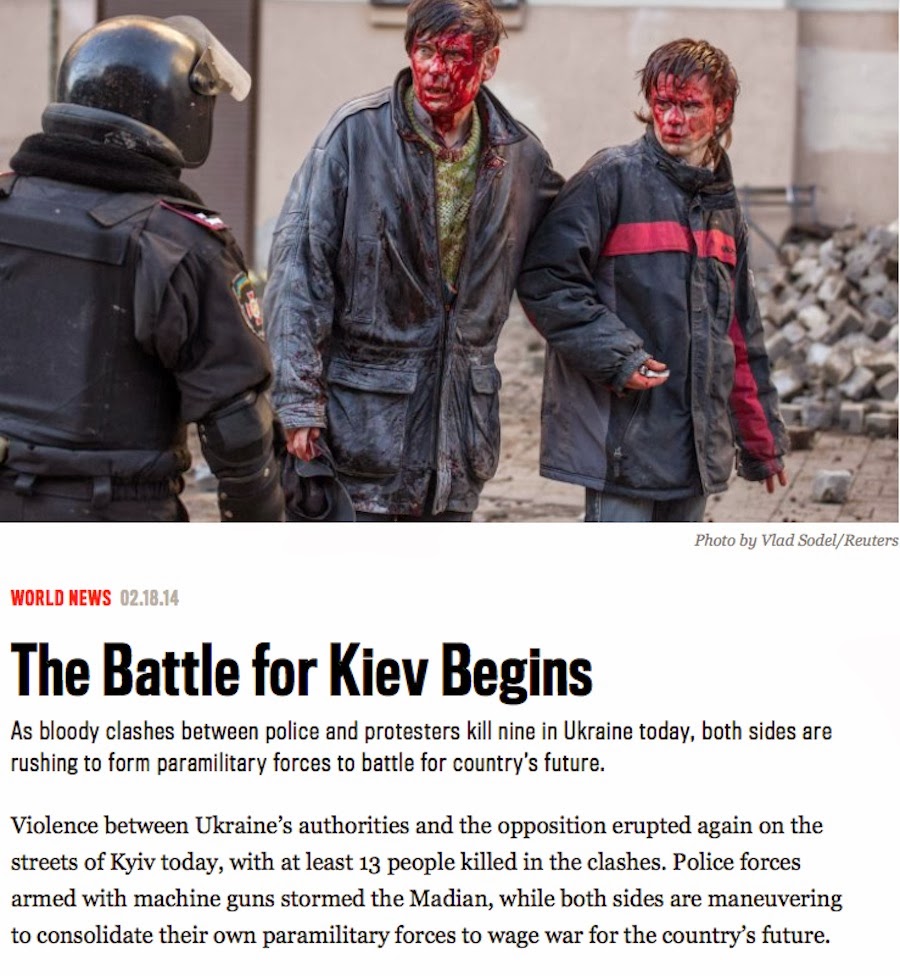 Watching what happens in Ukraine reminds me of how so many nation building exercises have failed in recent years. The people of this country are European, and wish to be European, and never Russian again. They are looking to the west but they are not exactly waiting for NATO to send troops and planes and ships to free them.

They are doing it themselves.

I wouldn't bet against the Ukrainian government in this fight--they have the weaponry to slaughter their own people. They have politicians in jail and no rule of law to speak of. They have the advantage that corruption gives to regimes that send police to kill indiscriminately. They have the power and the people have what they can pick up and throw (cobblestones piled in the background in order to throw at riot police? check).

What they no longer have is any legitimate claim to power. As soon as you are burning things down and leaving citizens bloodied like this, the slow walk to exile or the executioner has begun. Somewhere in these crowds there might be another great leader of the tragic Ukrainian people. If only they can resist their own thuggish government and the power of Vladimir Putin.

It is tragic and sad. But no one can accuse these people of not wanting it bad enough to risk death. They are building their own nation, no matter how futile.
on February 19, 2014