That Tired Old Cliche About a Big Tent 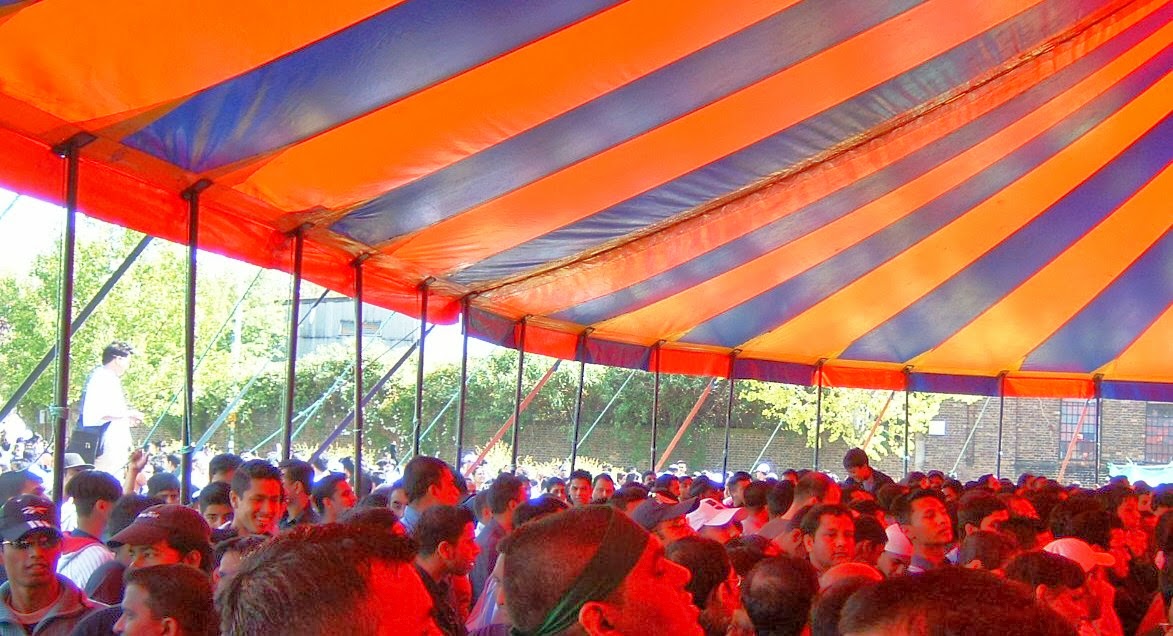 Rand Paul has adopted the strategy of the moderate Republicans who have cried out for years for a "big tent" approach to winning elections.

Sen. Rand Paul on Saturday made a prediction that plenty of Democrats would love to see come true, but Republicans hope to avoid: “Texas will be a Democratic state within 10 years if you don't change.”

The Kentucky Republican, who was in Houston at a dinner with GOP Sen. John Cornyn of Texas, continued to push his message for change within the Republican Party, bringing that gospel straight to one of the most reliably red states in the country and his former home.

None of those people are truly welcome in the party of the oligarchs. I don't care if you own your own business--are you a billionaire? Are you rich on the level with the Koch brothers? Then you wouldn't be reading this and you are still unwelcome in the modern GOP.
The "big tent" approach is just codespeak for tricking more people into voting against their economic self-interest. You cannot win elections without appealing to the tribal tendency of people to hate others for getting money for nothing (which is a huge lie in American society anyway). Each and every Republican candidate who comes up for election knows they have to divide and acquire groups of people that are squared off against one another; the unifying aspect of Obamacare that they really hate is the one where people lose their fear of being bankrupted by the system. Rich and poor have been bankrupted by health care costs and Obamacare goes a long way towards eliminating that fear.
Watching Rand Paul run against type (his father's hatred of minorities and his use of fear is already well documented) is laughable. The xenophobes and the haters aren't going to allow him to run as a moderate. What self-respecting South Carolina primary voter is going to pull the handle for a man who actually wants the votes of the unwashed masses? They want to exclude, not include.
There are two things that will get you into the party of fear--enormous wealth or insanity.
on February 10, 2014